Thirteen delegates stepped up to the plate during a Regina City Council meeting Wednesday afternoon to explain why they think the city should put up money to help fund a feasibility study for a new baseball stadium.

Ultimately, city council voted 7 to 3 in favour of denying to sign a letter of intent that would have committed up to $100,000 in taxpayer money to the study.

Although, immediately after that vote, a motion was put forward for Regina Exhibition Association Limited (REAL) to conduct a quote for the city manager for a needs assessment, in regards to the stadium.

Council voted 10 to 0 in favour of that motion.

“I didn’t like the idea of … killing the idea of a baseball stadium in totality,” said Regina Mayor Sandra Masters.

Alan Simpson, founder of the company, said the stadium would mean a lot to the volunteers, players, and baseball fans across the province.

“The reason for it, first and foremost..in my mind is that Currie Field is 60 plus years old,” Simpson said.

“So, the Red Sox and myself felt that it was worthwhile taking a look to see if Regina could catch up to other leagues in the team and get a baseball stadium built,” he added.

If approved, the ballpark would be built by the rail yards on Dewdney Avenue. Simpson said the facility could help to significantly revitalize the area.

The organizations wanted city council to partially pitch in for the study since the stadium would eventually become a city-owned facility.

City manager Chris Holden noted on Oct. 6., during an executive committee meeting, that if the new stadium comes to be, then the city would take on a significant share of costs.

Initial construction cost estimates for a 3,500 seat stadium are between $20 million to $25 million, according to the city.

During the Oct. 6., executive committee meeting, the committee, which includes all of the councillors, voted 7-3 against signing the letter.

Ward 2 Coun. Bob Hawkins voiced opposition to the idea during that meeting and then again on Wednesday, suggesting the city has better ways to spend that money, especially with a handful of other major capital projects taking priority, along with more pressing issues such as climate change and homelessness taking centre stage.

Though, with REAL now coming into the equation, council expects to receive more clarification before the stadium can even become a priority.

The city’s Recreation Master Plan ranks investment in ball diamonds as 17th on its list of outdoor amenities spending priorities.

She adds council is hoping to receive the quote from REAL for the needs assessment by late December. The stadium would seat about 3,500 people and cost $20 million to $25 million, the concept plan says.

The Regina Red Sox, and Living Sky Sports and Entertainment, are set to hold an open house Wednesday for their proposed baseball stadium on Dewdney Avenue.

From 6 p.m. to 9 p.m. CST, the club will provide the public with information at Leibel Field, located at 200 Assiniboine Avenue E.

In April, the club and company released concept plans for the proposed stadium, which would be located on the vacant railyards site on Dewdney and seat about 3,500.

The club expects the project to cost about $20 million to $25 million. The club would put in about $5 million and the rest would have to come from the city or other funds the city could access, said Alan Simpson, the president of Living Sky Sports.

The city purchased the former Canadian Pacific Railyard lands in 2012 and recently hired a consultant to look at the land.

Regina Red Sox release concept plans for proposed 3,500-seat stadium on Dewdney Avenue
Regina committee votes to hire consultant for Dewdney warehouse corridor improvements for more than $750K
In April, the club said the stadium would be state-of-the-art, with the Red Sox as the anchor tenant. It said the stadium could be used by other baseball teams and leagues, and for festivals, concerts, flea markets and movie nights.

The club said it has signed a memorandum of understanding with Living Sky Sports and Entertainment Inc., which will help with the financial aspects of the stadium’s concept plans. The proposed stadium would be in the railyards area along Dewdney Avenue in the Warehouse District. (Submitted by Regina Red Sox Baseball Club) 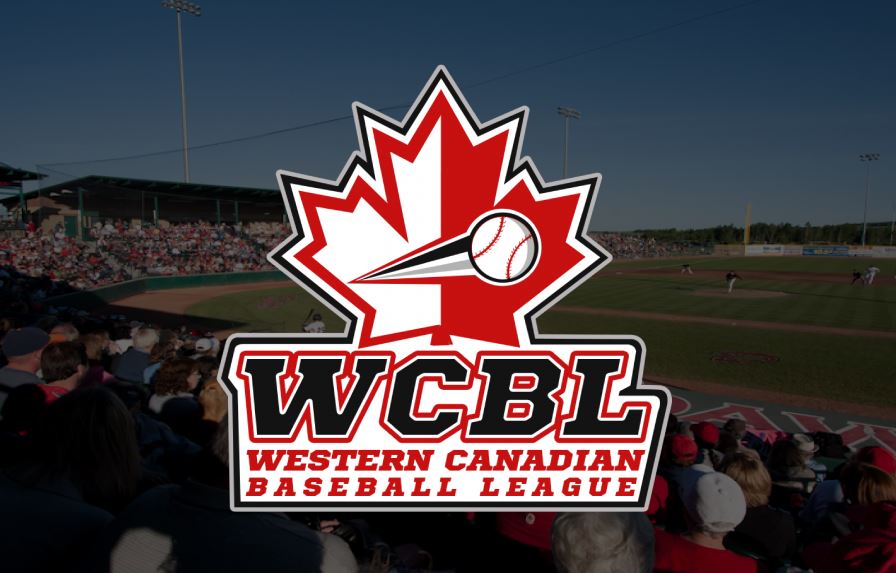 Lethbridge, AB – In light of the Alberta government’s re-opening plans unveiled on Wednesday, the Western Canadian Baseball League is closing in on some key dates for its upcoming season.

After listening to the announcement, WCBL president Kevin Kvame met with governors to discuss the next steps.

“We have been in close contact with government and health officials since we announced our intentions for an all-Canadian season in March,” Kvame said. “With today’s announcement, we’re extremely excited by the possibilities that are on the horizon for this summer.”

It’s expected that the season will begin on June 18 with the Okotoks Dawgs visiting the Lethbridge Bulls while the expansion Sylvan Lake Gulls host the Edmonton Prospects.

“We will begin the season with a limited number of fans in the stands, as per guidance from officials,” Kvame commented. “We also anticipate increasing that capacity in late-June or early-July, depending on hospitalizations and vaccination rates.”

A tentative schedule is expected to be released over the next week, with the plan for playoff semi-finals August 16-18 and the championship series to be held August 20-22.

He adds the league and its teams will continue to exercise diligence throughout the summer and adhere to all provincial guidelines as they are changed and adopted.

“We’re just excited to get back on the field and provide a great summer of baseball for our talented Canadian players,” Kvame concluded. “We’re also excited for our fans, who we applaud for standing by us as we’ve been planning this season.”

It’s not all Greek to him — but it is all baseball, with a few flags mixed in.

The machinery that is the game of baseball runs because of people who largely operate out of the spotlight, popping out when needed, but doing work that is behind the curtain, and Rye Pothakos may just be the best example of that when it comes to the impact Canadians have on the game. 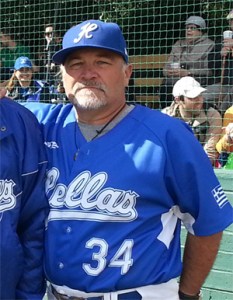 Pothakos, a 62-year-old who lives in Saskatoon, has had his hands in a lot of pies — amateur and college levels, the professional ranks, and the international game. A recruiter, scout, advisor, and advocate for so many, Pothakos’ fingerprints are on the careers of many players and coaches — and he has no plans to stop being part of the action.

“It means the world to me, pardon the pun, and the opportunity to help players live out their dreams, it’s a dream for me,” said Pothakos, who was involved with the Regina Cyclones of the old Prairie League — and is now Director of Recruiting for the Regina Red Sox of the Western Canadian Baseball League.

Among many, many other things.

Pothakos broke into baseball’s influential levels in 1992, when he helped the Thunder Bay Whiskey Jacks land an expansion franchise in the Northern League, considered by many as the most notable independent startup league — led by the St. Paul Saints as the flagship operation.

“I’ve been on the diamond since I was six, and the one thing I always say is to not have any regrets. I have no regrets — take the good with the bad, but you relish your experiences and you learn a lot of things and meet a lot of people. The friendships and the relationships probably mean the most, in the end.”

Because he apparently doesn’t have enough to do, Pothakos is helping the United Short Professional Baseball League, based in Utica, MI, as a scout, working with the independent loop that is now even more important for filling gaps left when Minor League Baseball contracted significantly this last year, leaving aspiring pro baseball players scrambling for opportunities.

Pothakos was born in Thunder Bay (to date himself, he reminds that it was called Fort William back then), and largely worked in sales — and that sales skillset helped him find the best opportunities for people, to develop those relationships, to foster those opportunities. He’s an associate scout for Western Canada for the Kansas City Royals, and isn’t unusual for Pothakos to help a player from high school through college and onto the pro ranks, all the steps — the successes, the setbacks, that are part of the game — along the way.

The international role with the Greek National Team started in 2018, and that developed from his efforts working with moving players from the college level to various pro spots, including European pro opportunities. Pothakos took a place on the Greek team coaching staff with Jim Essian — a 14-year MLB player who took Fergie Jenkins deep in his career, then managed the Chicago Cubs in 1991 — and then was named manager of the top team from Greece. Fielding a competitive team and putting a scare into the other top European teams is not just on the horizon, it’s already starting to happen. 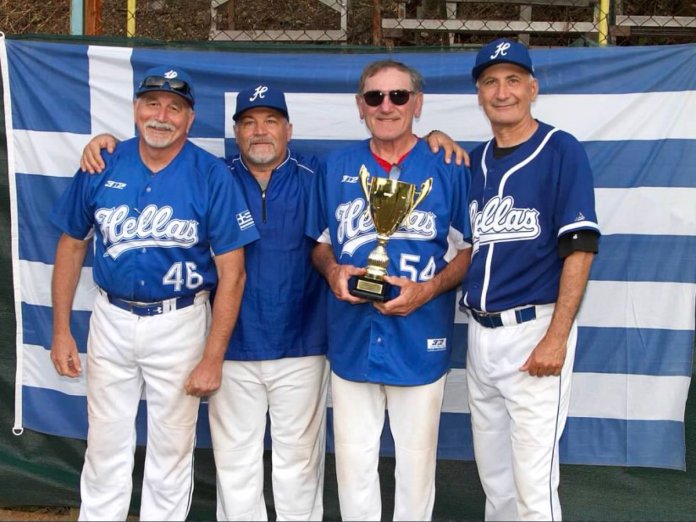 An announcement will come soon on Greece adding a U23 team, and the men’s national team is intent on using its growth to foster the further development of youth teams — right now, there are three Little League teams, playing in Athens. There’s an Athens training group, involving late teens and adults, that is seeing slow but steady growth.

Pothakos points to the improvement at the national team level as a key driver in helping Greek baseball interests in the most tangible way — field space. Softball fields exist, and those are used by teams like the Little League-level Alimos Lions.

“I spoke Greek as a kid, a little bit, and I’m working on that more and more now,” he laughed. “We have college and indy-pro guys making up what’s become a really nice club. The Greek team is close to being in that top-16 in Europe now, and that’s a major improvement in the world rankings. We’re scheduled to play in Lithuania this summer for the B-pool European championship, but we’ll see if the pandemic allows that to happen.

“The baseball stadium from the 2004 Olympics is still up, and the game has held on and grown a bit since the Athens games. I’m in Greece for six or eight weeks at a time each year, spending time with people as we keep working on growing the game.”