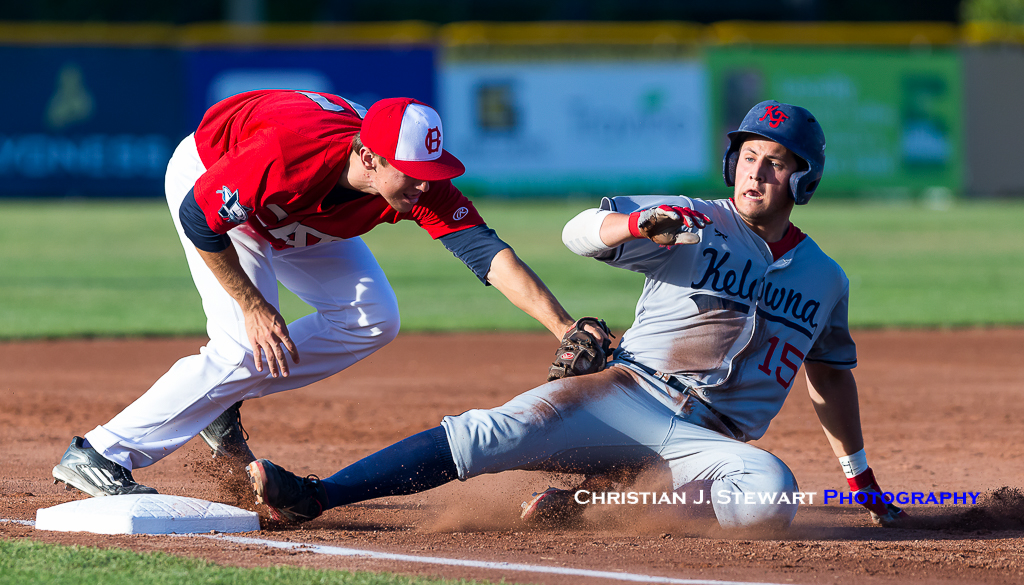 With very little baseball to go out and photograph over the course of the last year (thanks to COVID-19), it has been a good time for me to reflect on the games I have covered over the last 15 years – everything from house league T-Ball, Mosquito (9-10 year olds) right on up through elite high school leagues, to our summer collegiate team – the Victoria HarbourCats – to the 2017 World Junior Championships and finally to the MLB level, covering the Seattle Mariners at Safeco Field, as well as in Spring Training in Arizona. 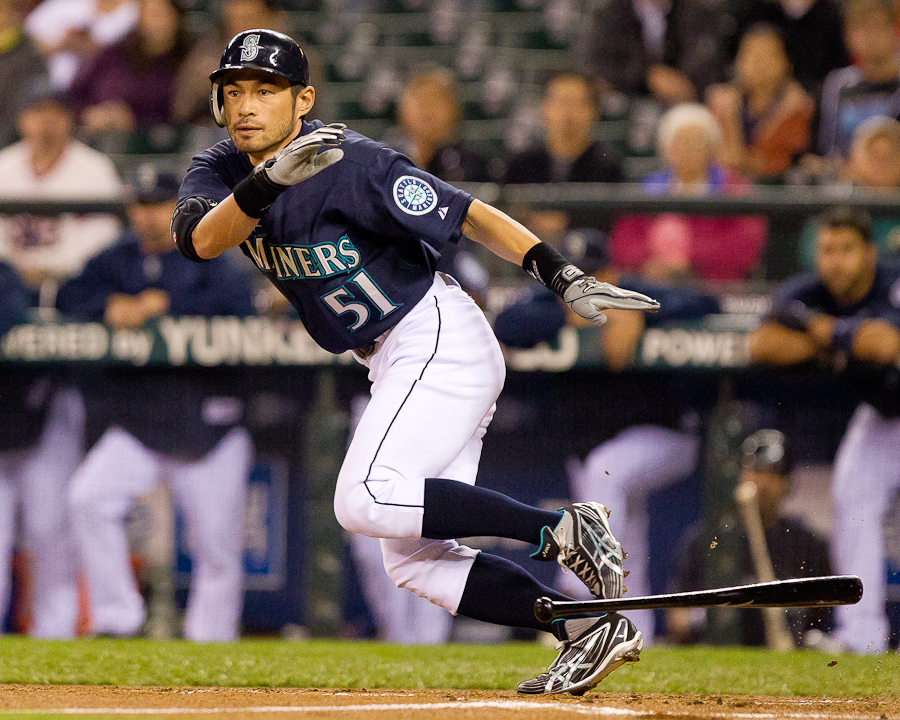 I have been fortunate to stay busy photographing the game I love, at all levels, including the Seattle Mariners and Ichiro Suzuki, at the MLB level.

I am apparently a rare breed here in Victoria, in that I REALLY, REALLY enjoy shooting baseball.  Some of our local press photographers don’t like baseball assignments mainly because they have a limited time to shoot a game and always want the “big play” images to happen in the first inning – double plays at second, plays at the plate – plays that do NOT always happen early in a game, if at all, or at least by their deadline. 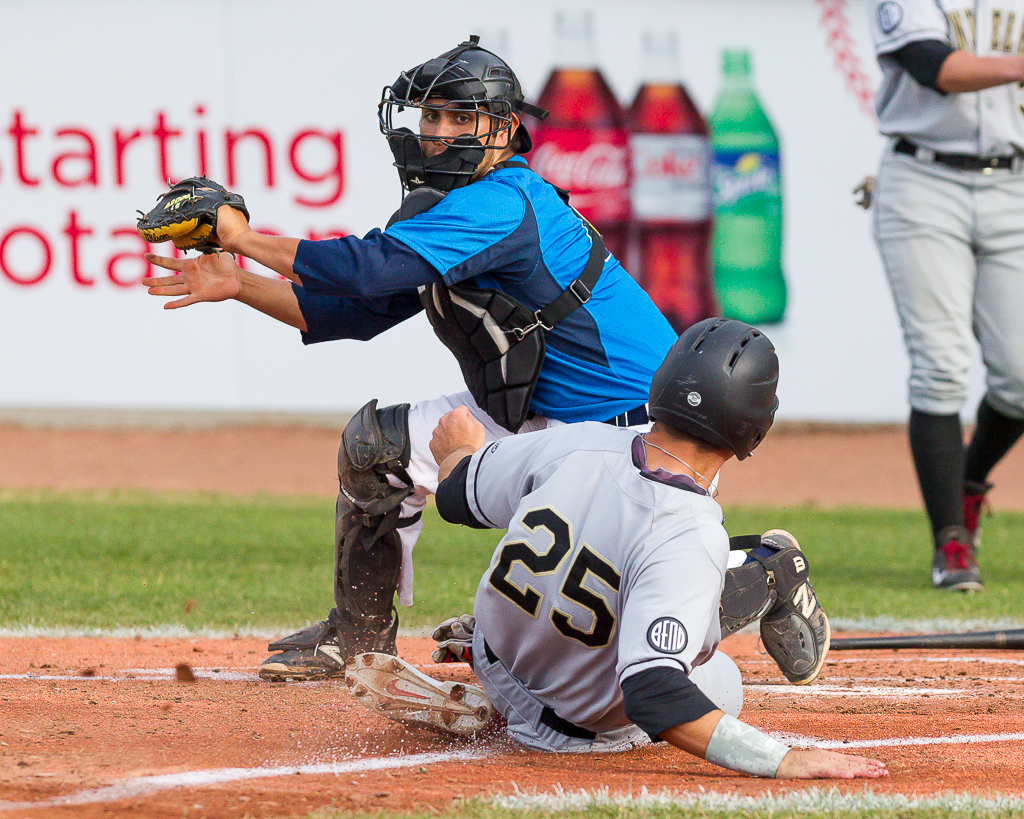 Plays at the plate can be relatively infrequent at most baseball games, but when they happen you need to be ready for them.

I tell them that shooting baseball is a lot like fishing….you sit quietly and patiently for long periods of time, waiting for that big nibble, or the fish to take your line, and when it does, you have to be ready to reel it in (i.e. snap away and capture the big play) before it is gone. Sometimes those nibbles come early and rapidly, sometimes they don’t come at all. 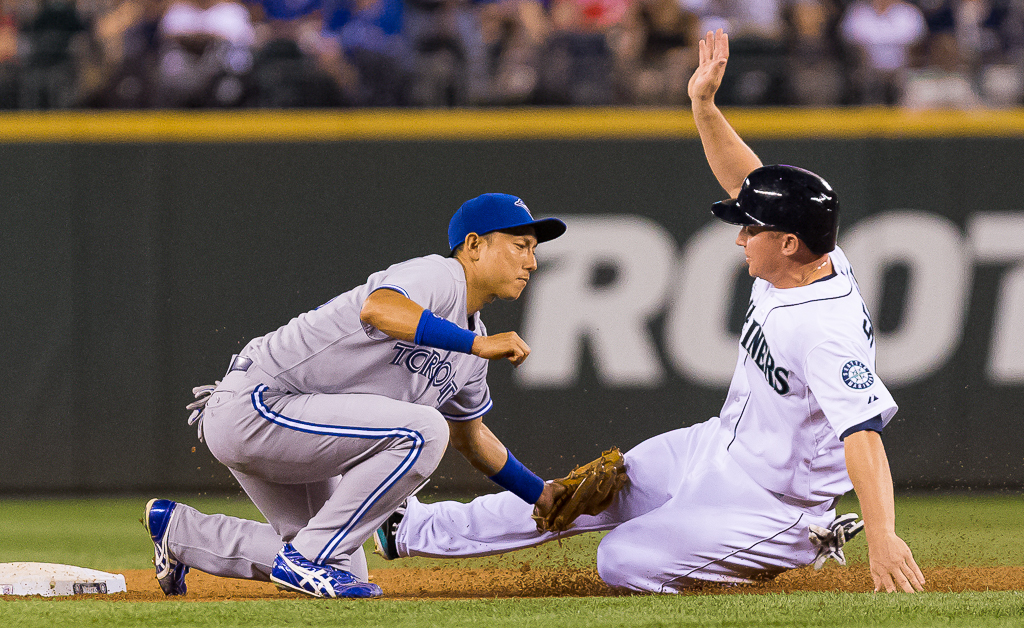 When plays at bases happen in baseball, be ready for them so you can land a nice “catch”

Fortunately, I like fishing, and with most of the work I do with the HarbourCats or with other on-line media agencies, we rarely have to worry about hard print deadlines and can stay for the full length of most games, allowing for more time to catch that big fish, and capture a key image or series of images from a particular game. 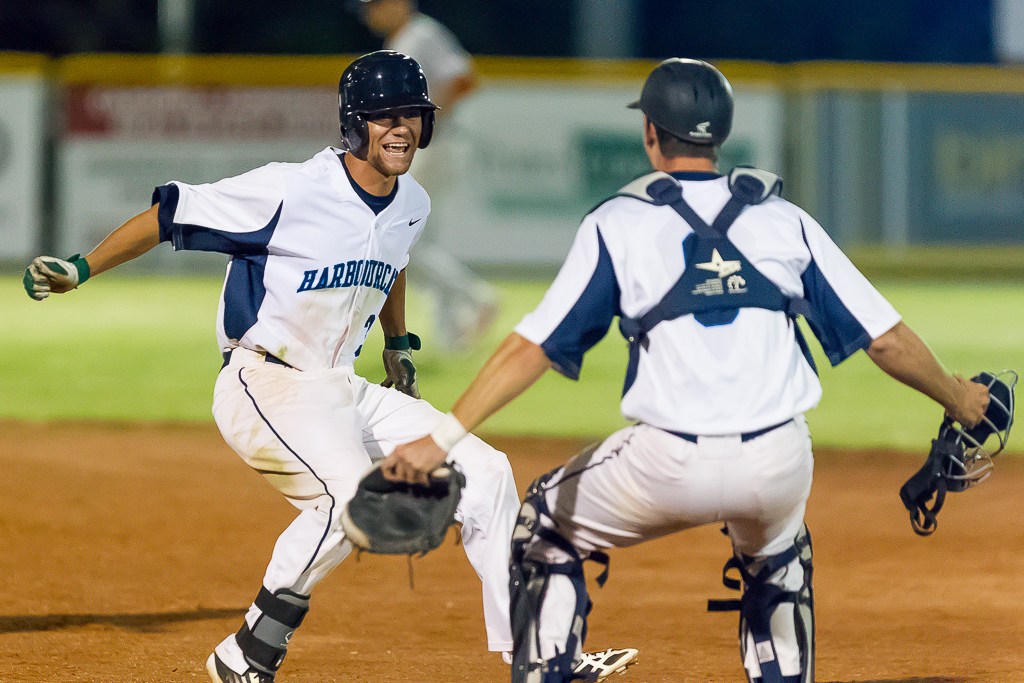 Sometimes the best image of the game happens on the very last play, like this example of a celebration after a walk-off base hit won the game.

And just like an expert fisherman who knows where and when to get the big fish, anticipating and understanding when that big play is going to happen in a baseball game is key.

While sometimes it can be obvious, I find that because I have played and coached the game, and am a connoisseur of baseball’s finer points, there are times when I can anticipate what is going to happen and set myself up for a better angle and photo.

For example, knowing a bunt situation and turning to photograph the player bunting, or knowing a certain batter’s tendencies and focusing on a fielder that he has a high percentage of hitting the ball to. 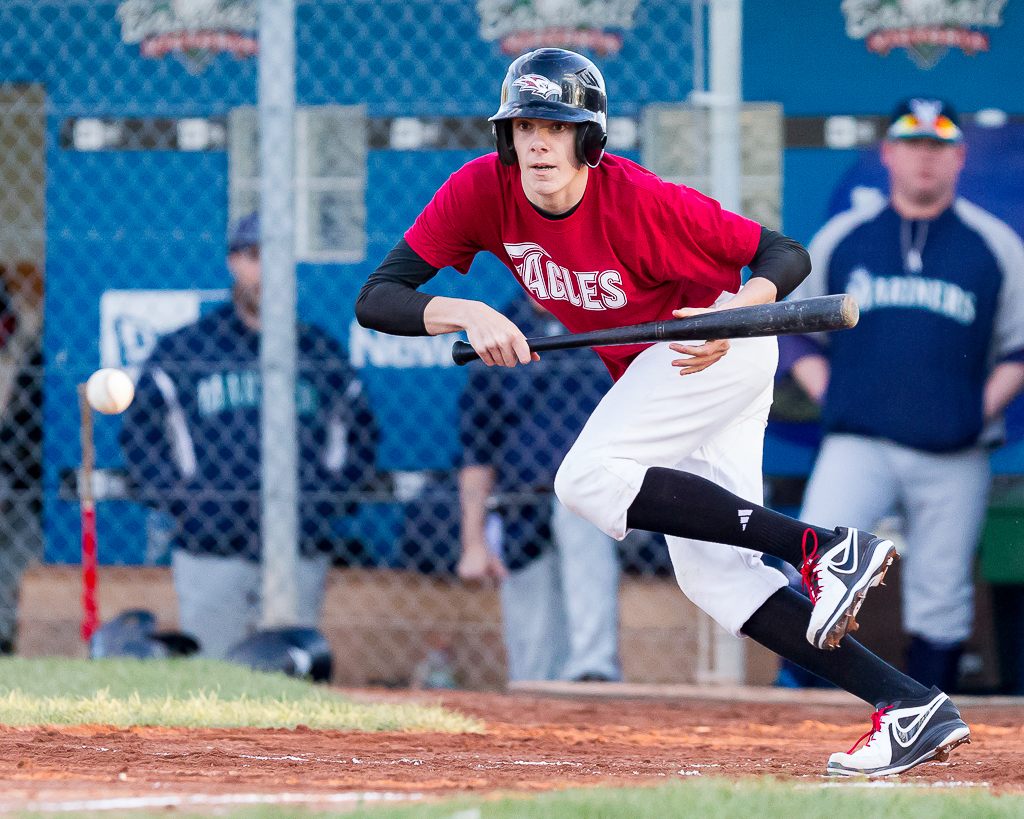 Knowing when a player might be called upon to bunt can often lead to nice photos of the play if executed.

This latter example worked out well for me in the image of the diving third baseman shown below. Three previous batters, including the guy at the plate this time, had all earlier scorched line drives down the line. So this time around, I focused on the third baseman and sure enough, the same batter hit another down the line and I captured the resulting image. 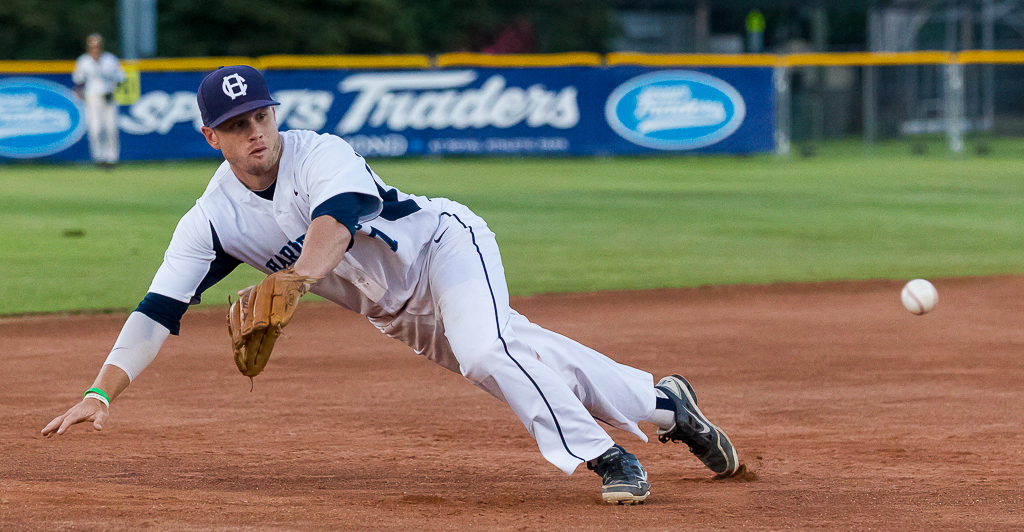 With a little knowledge of a batter’s tendencies and a pre-focus on an infielder, you can capture shots like this.

Or stealing signs from coaches or infielders and being in position (with my lens) to capture a pick-off attempt or a player stealing a base.

Plays at second are also big on a baseball photographer’s hit list, especially when a shortstop or second baseman attempts to turn a double play in the face of a sliding runner. Ideally you want to capture this from the first base side, with the defensive player leaping over the sliding runner and at the same time releasing the ball toward first. Of course, given how infrequently double plays happen (well at least at the level of games I have been covering) and when they do, the fact that sometimes you are on the third base side, capturing such an iconic image can be difficult. 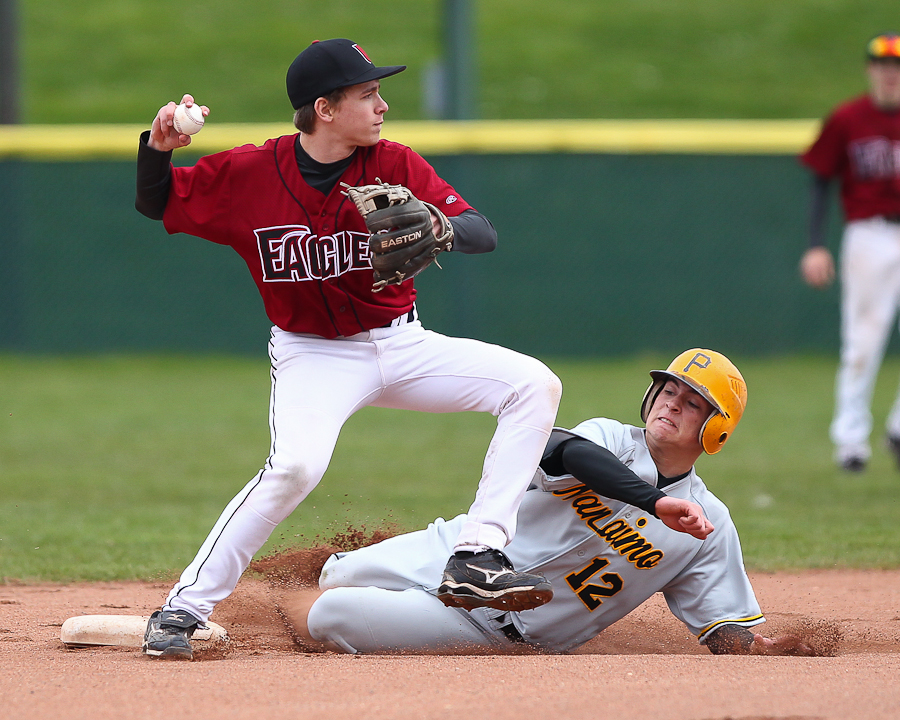 Quite often you can be on the third base side when a double play attempt at second base happens but with a little luck and the right timing, you can get acceptable results.

Fortunately for me, one time when covering the Blue Jays at Seattle a few years back, the “perfect storm” occurred in the very last game I shot of the three-game series, and I got TWO such images in the same game, the second of which (below), is probably the best such photo of this type of play that I have ever captured! 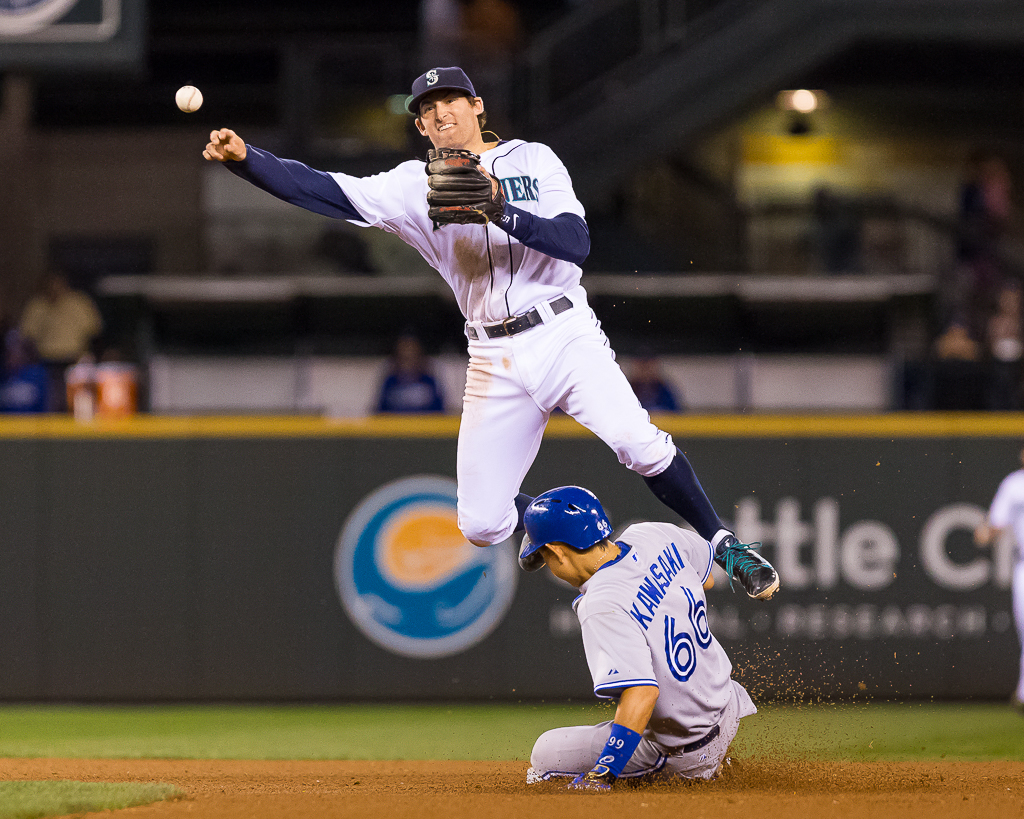 One of my best double play images ever, came in the very last game of a three game series in Seattle, showing how rare the “perfect” double-play photo can be and illustrating the patience one has to have when shooting baseball.

In lieu of the big plays, one often has to resort to other ways to capture images that make the game interesting for the readers and viewers of the images. One way I like to do this is by using close-up shots of, for example, pitchers as they deliver the ball to the plate. With the right lighting and background, these can be very powerful images, especially if that pitcher ends up throwing a good game. 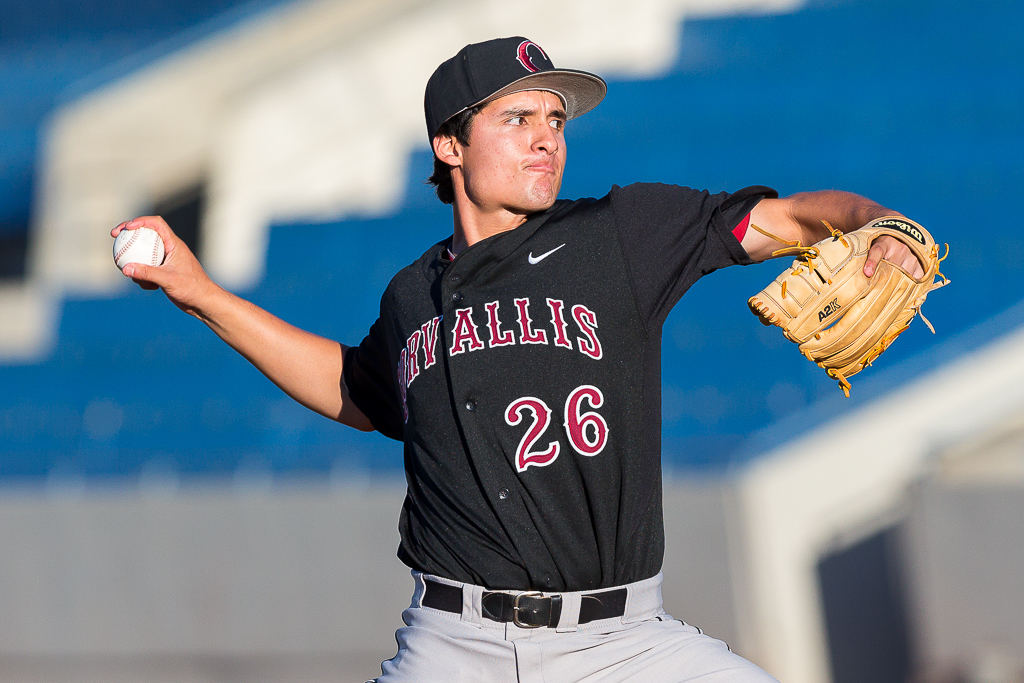 With the right lighting and background, close-up shots of pitchers like this can be quite dramatic. 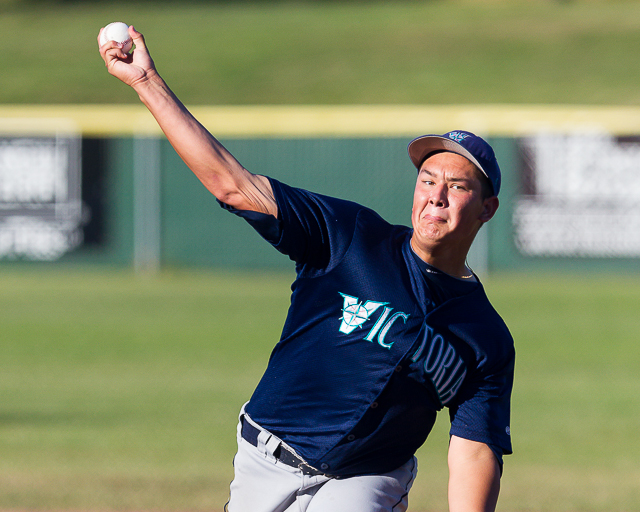 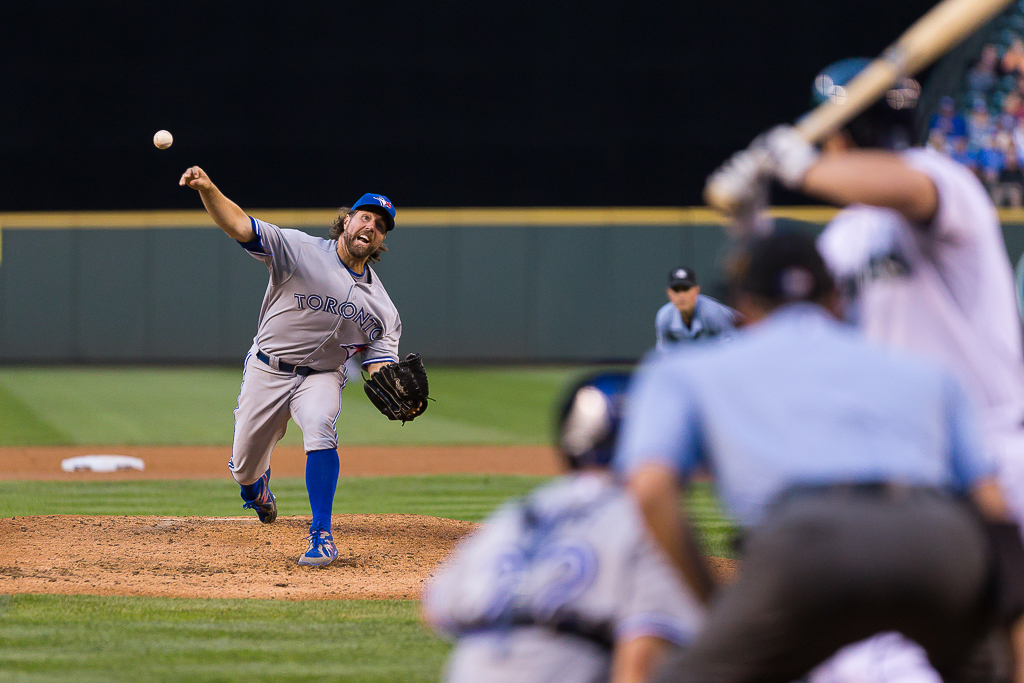 Shooting pitchers from behind the plate in a close-up mode can really emphasize their effort and exertion (top) while shooting a bit wider (below) can add more context to the situation.

Capturing shots of batters is always another dilemma for baseball photographers. Many like to capture the batter at the time of impact, when the ball hits the bat. These are called BOB (bat on ball) shots and many photographers seem overly elated to get them, but for me, I don’t like them because in most instances you don’t see the face of the batter.

My preference is to capture the batter as he comes out of his swing and his eyes begin to follow the ball as he follows through on his swing and begins to move toward first base. Most times, such shots are best from the third base side, photographing right handed batters who pull the ball, but lefties from this side will also work well. Cropping closely in post (like the Jose Bautista shot below) is another way to add variety to the shot. 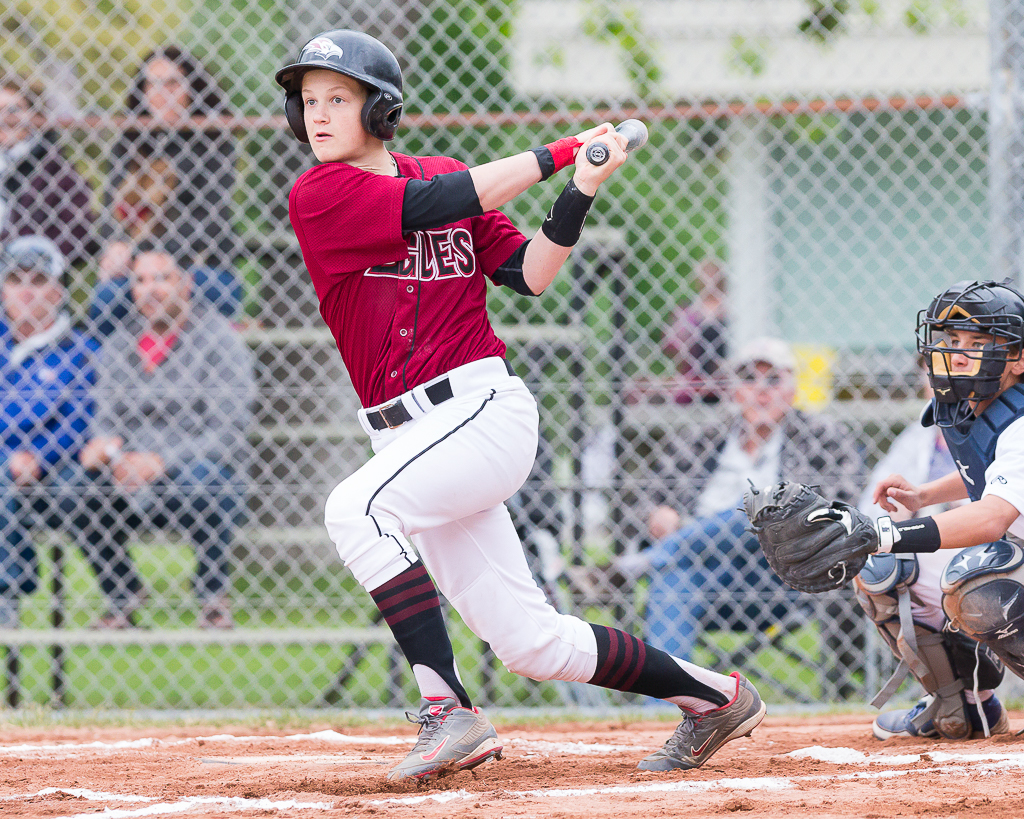 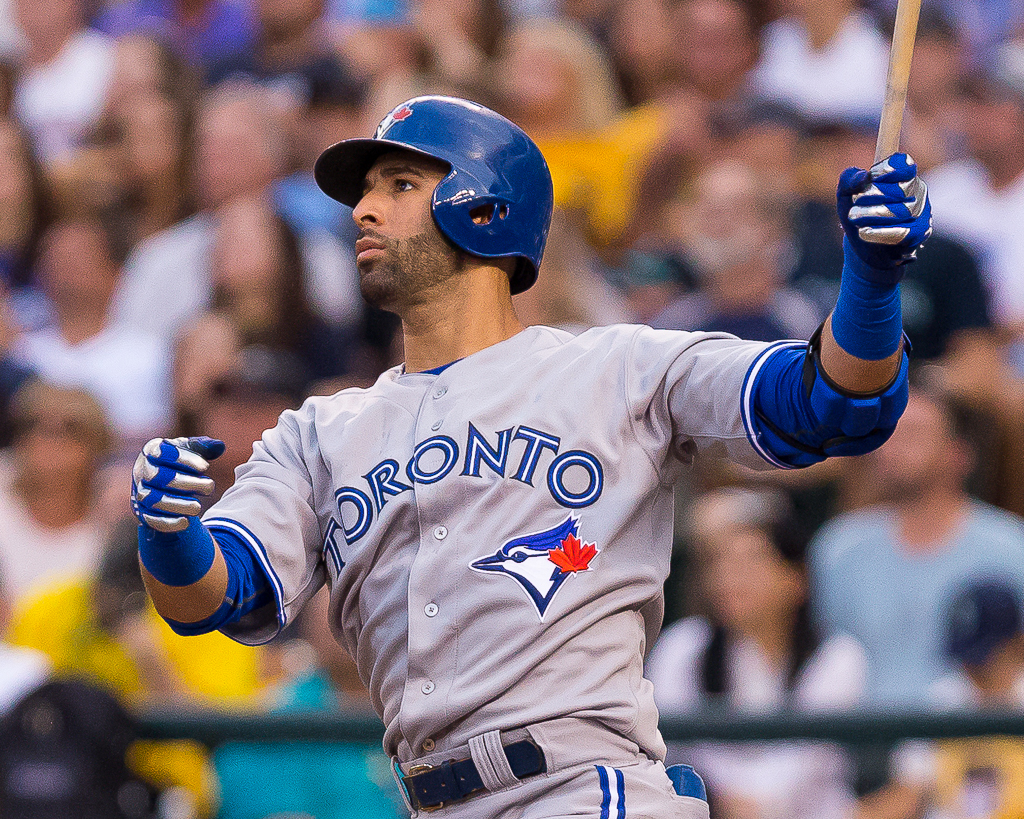 Outfielders are another challenge for baseball photographers and often get ignored, unless you are using a fairly long telephoto lens and are specifically shooting them. Fortunately, there are times when turning to shoot an outfielder works out OK, especially if you are using a newer camera with sufficient megapixels on the sensor to allow close cropping of the image in post-processing. The images below are such examples and can be nice catches (pun intended) if you get them! 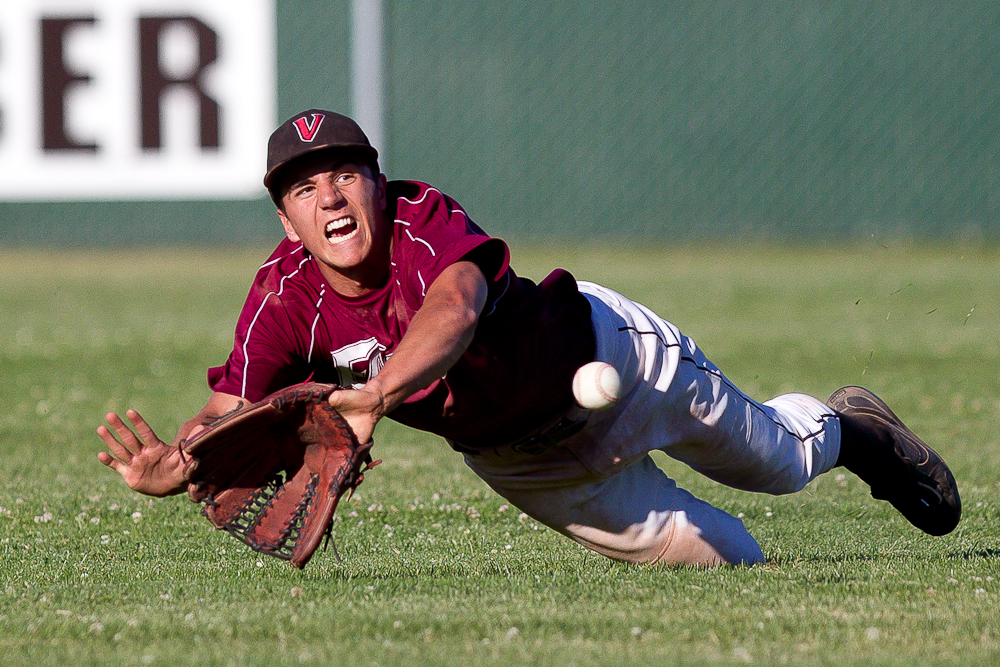 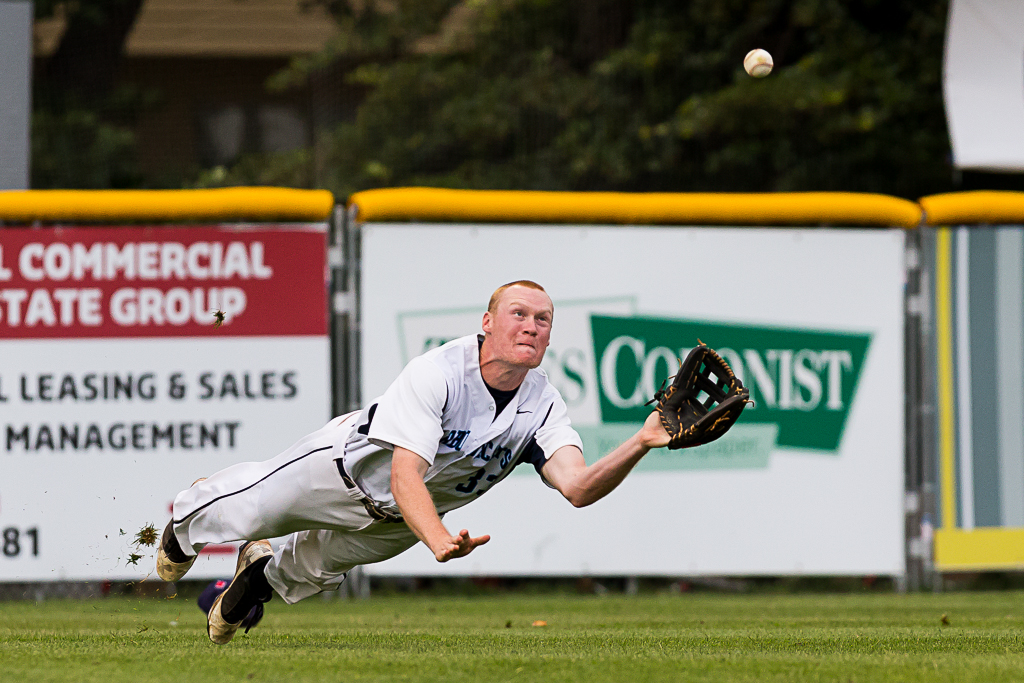 Finally, sometimes the biggest fish can be caught off the field of play. Look for shots of fans or other promotions happening during the game that can make compelling, interesting or just plain weird photos. Depending on the game and the level of action, these may be the best images of the evening, so try not to ignore them! 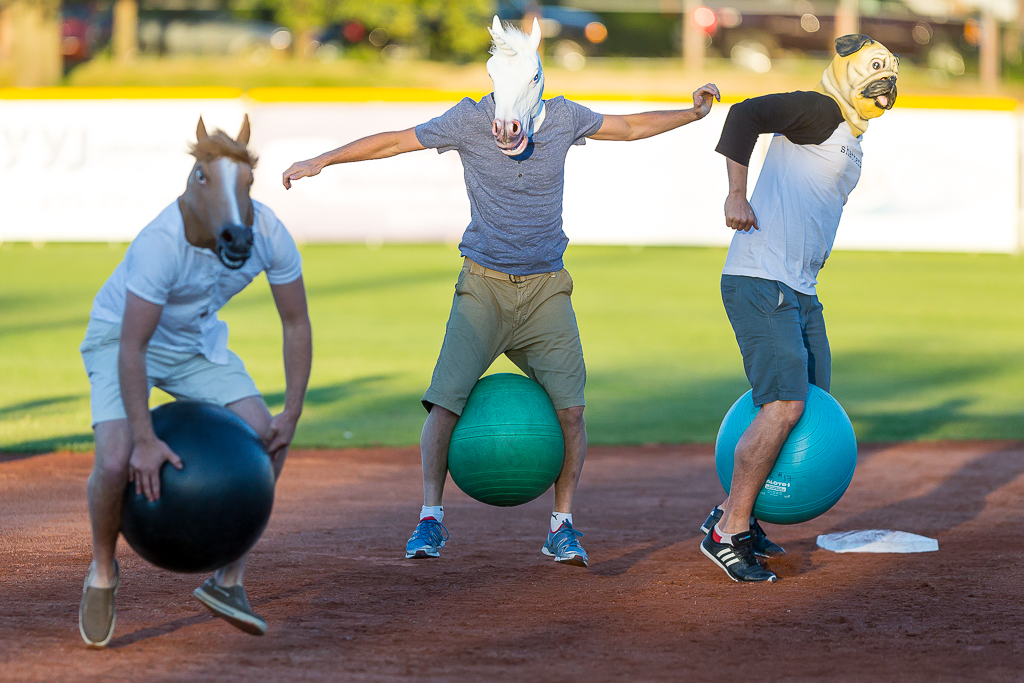 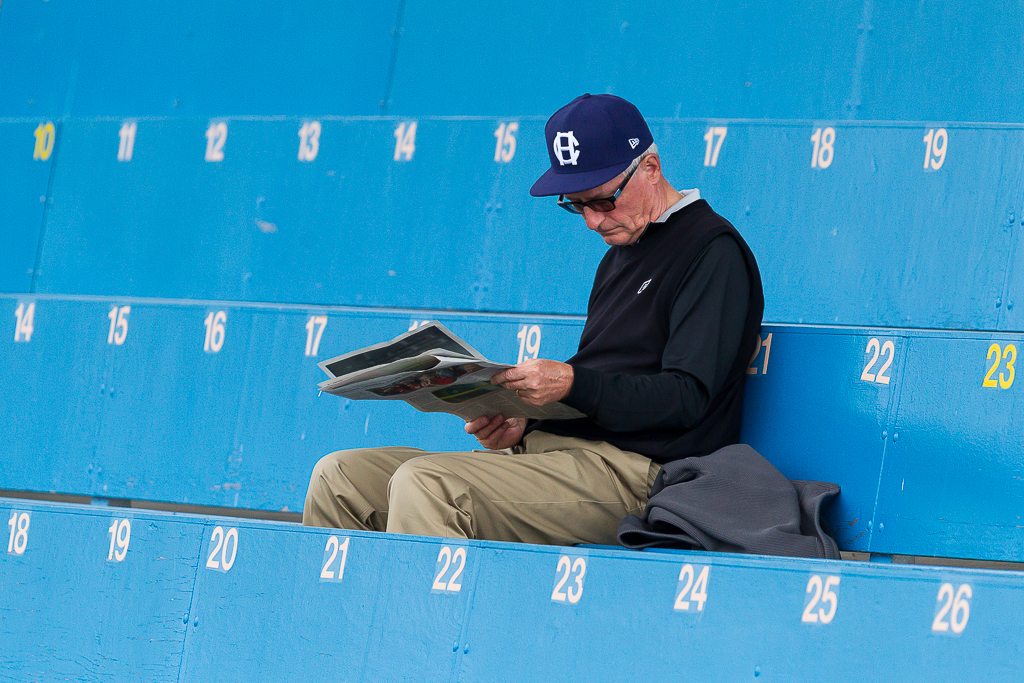 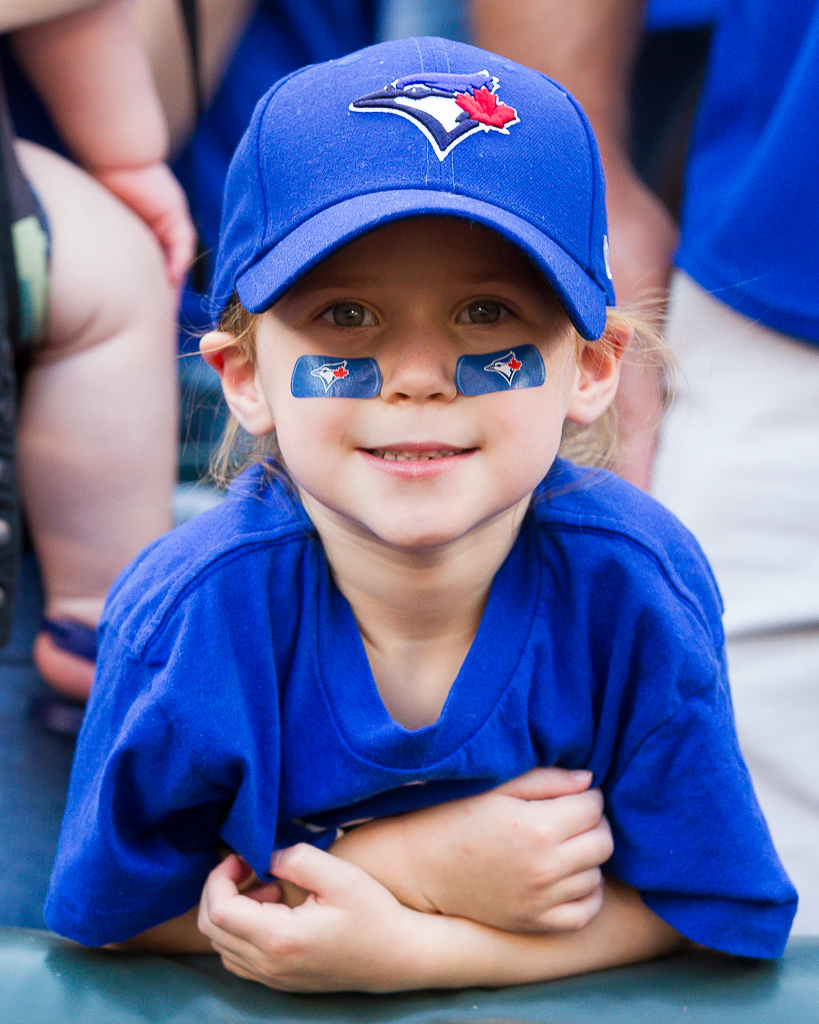 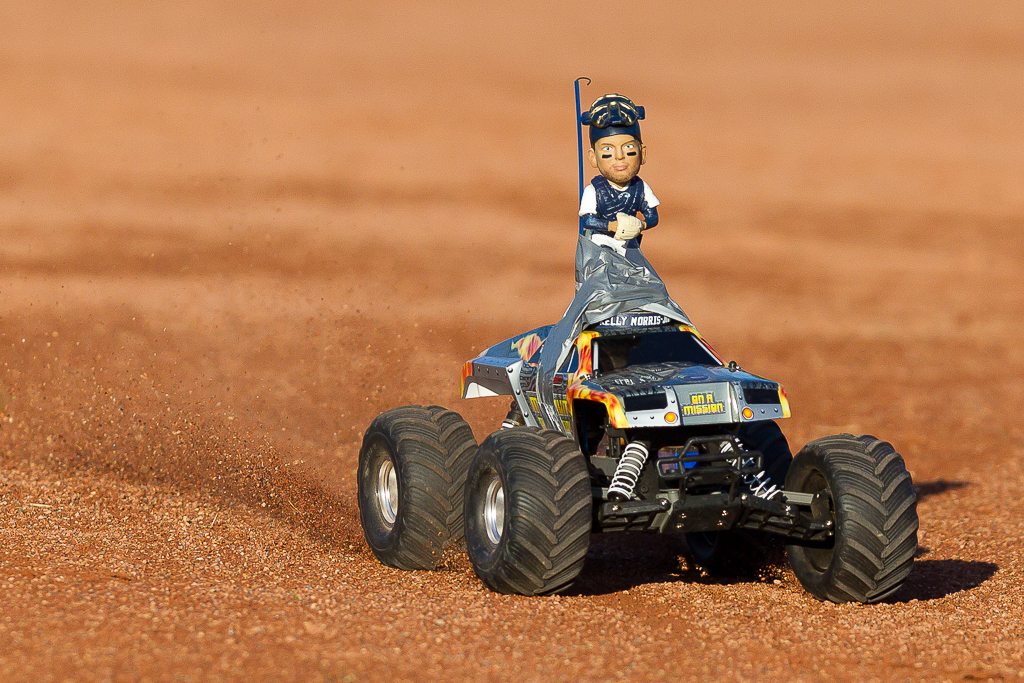 And when in doubt, if there is ever a coach – umpire argument, be sure to capture it!  They can be priceless! 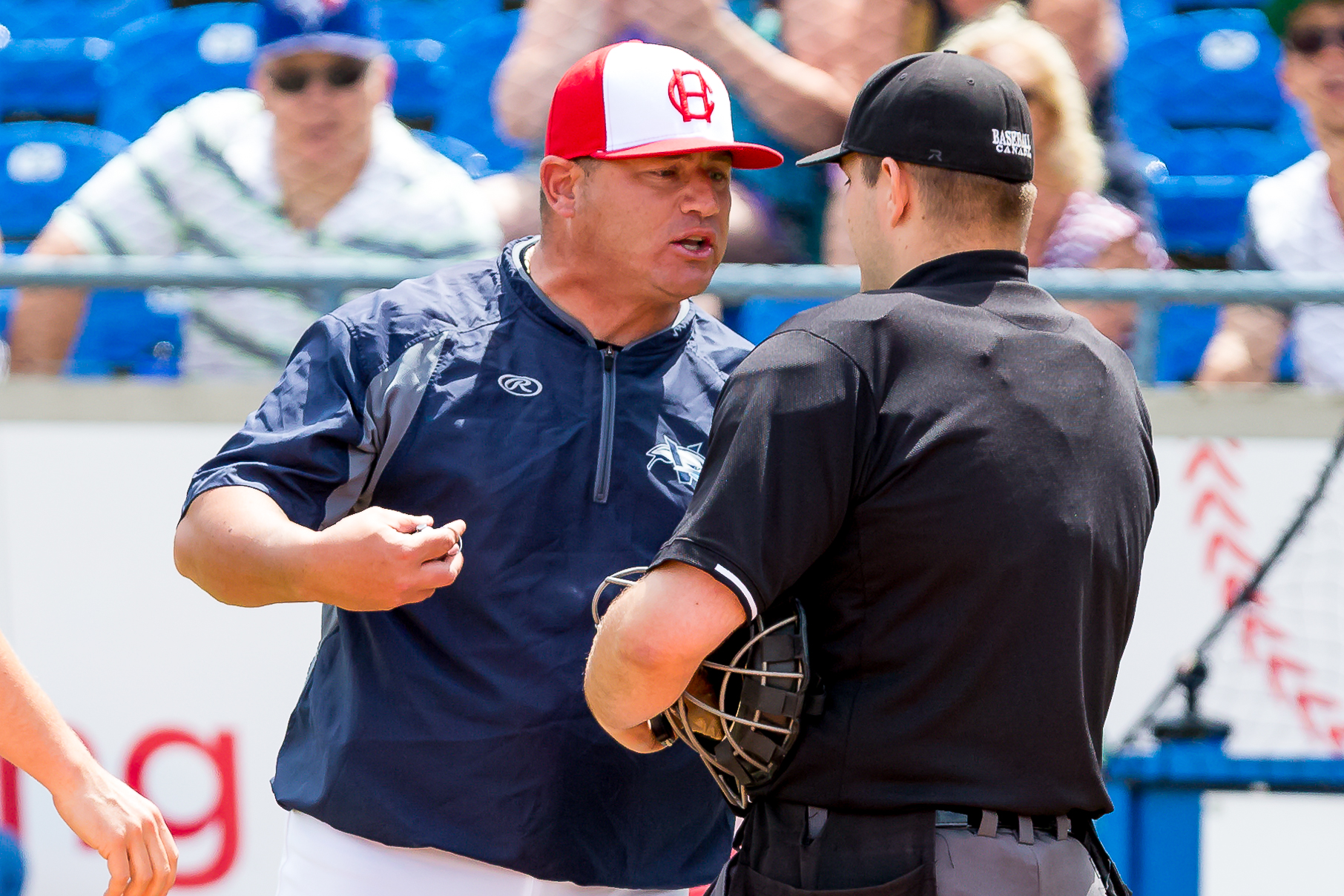 More of Christian J. Stewart’s baseball photography can be found at: https://christianjstewart.zenfolio.com/baseball

They say every good party ends up in the kitchen.