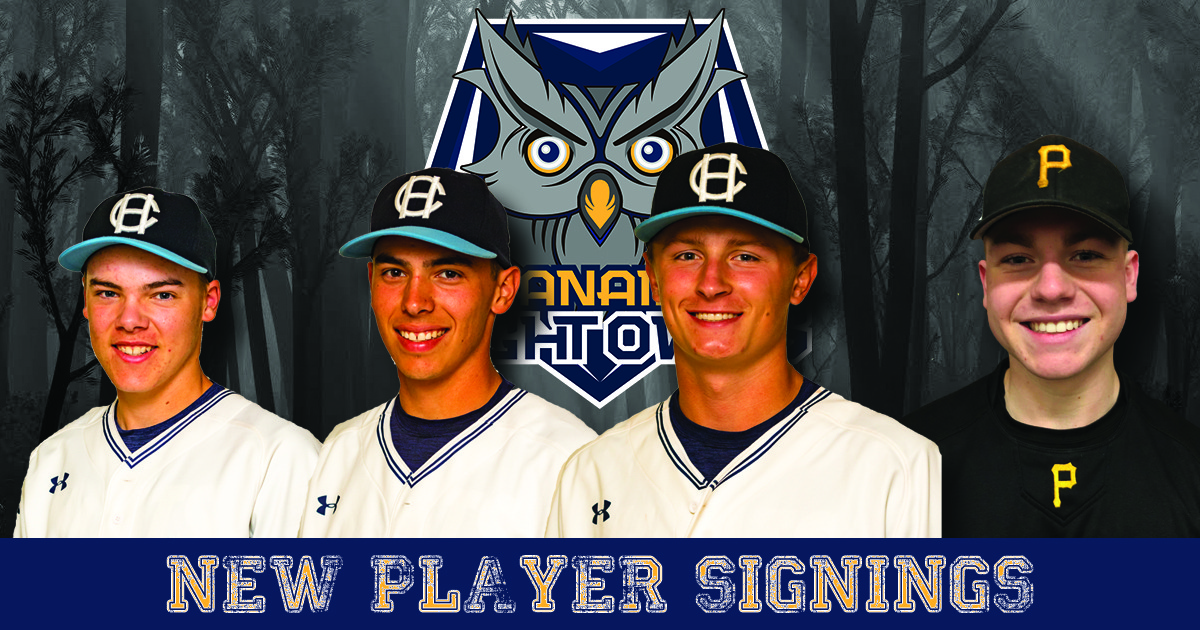 Three former HarbourCats and a Pirate join NightOwls for 2021

The Nanaimo NightOwls and Head Coach Greg Frady are looking to their own backyard for their next four player signings, inking Nanaimo natives Josh Laukkanen and Connor Caskenette, and convincing Duncan’s Gus Wilson and Victoria’s Zach Swanson to make the short trip up the Trans-Canada Highway to Nanaimo for the 2021 season.

Laukkanen, Wilson and Swanson bring valuable West Coast League (WCL) experience to the fold, with all three playing an integral part in the Victoria HarbourCats run to the WCL championship series in 2019, while Caskenette was a standout with the Mid Island Pirates of the BC Premier Baseball League (BCPBL) and played for the Canadian National Junior team in the spring of 2020.

WHO are the NightOwls Playing? 2021 West Coast League Schedule Released