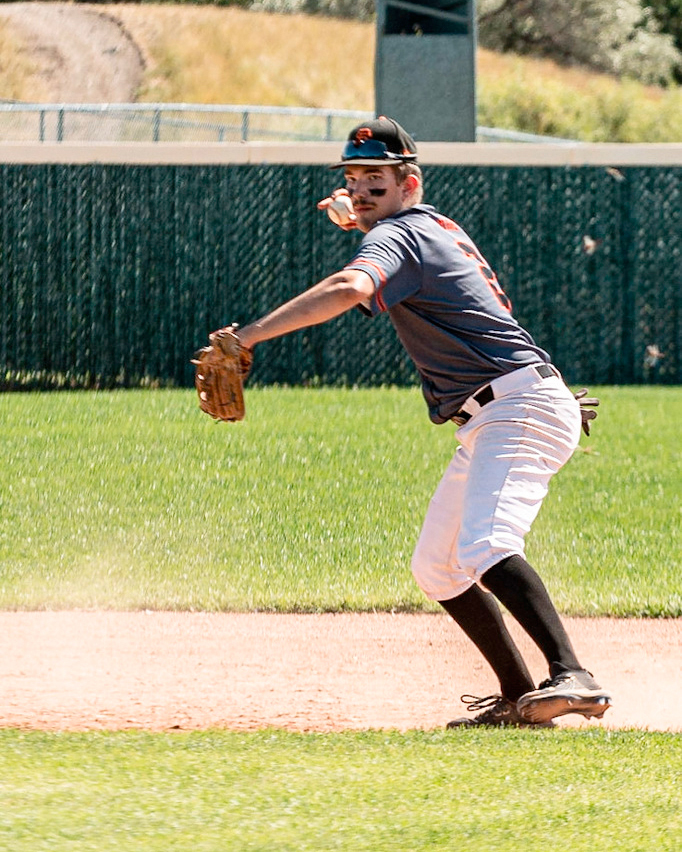 Brodie Guenther of Warman, Saskatchewan will be playing college baseball in Seattle, Washington, USA next year.

It’s one more step along the road to his goal of a career in professional major-league baseball.

Guenther, a Grade 12 student at Bishop James Mahoney High School in Saskatoon, earned the Baseball Saskatchewan Minor Player of the Year award in 2018. Currently enrolled in the Going Yard Baseball Academy in Saskatoon, he signed last week with the Shoreline Community College Dolphins.

“My goal is to go pro as soon as possible,” said Guenther in an interview February 8. “I chose Shoreline College for three reasons. One is the two-year undergraduate degree program at the college offers players the opportunity to be drafted after both years. Another reason is the excellent coaching staff. Dave Snell is head coach, and Dave’s son is Blake Snell, the 2018 American League Cy Young Award winning pitcher. Blake comes to train at Lakeshore and having access to guys with that kind of skill and knowledge would be amazing.

“The third reason is they use wooden bats. If you can put up the numbers with a wooden bat, it means a lot more than if you’re using an aluminum bat.”

Guenther said the Going Yard Baseball academy training has helped him hone his skills, not only as a pitcher but also as a shortstop and hitter.

“Right now, I’m working hard on my fielding and hitting,” he said. “I want to be as well-rounded a player as possible. Playing ball every day at the Gordie Howe indoor facility all winter really helps take you to the next level.”

Guenther said the 40 players enrolled at the academy are divided into five groups of eight players, with each group practising different drills in separate areas to comply with COVID-19 health regulations.

The athletes attend school daily, and then hit the training facility for an intense three hours from 3:30 to 6:30 Monday through Thursday. On Friday, though, that 3:30 to 6:30 block of time is devoted to academics, with the academy supplying tutors to help the students with their studies.

“It makes a difference,” said Guenther. “After taking classes and then playing ball, you’re pretty worn out at the end of the day, so it’s hard to be motivated to do homework. Having the tutors there on Fridays allows us to keep up with the schoolwork.”

Keeping the grades up is critical, said Guenther. “When you sign with a college as a student athlete – you’re a student first and an athlete second. If you don’t keep up your average, you’re off the team.

“School isn’t that easy for me, but by working hard I can keep my grades up.”

Guenther said he’s benefited from one-on-one coaching at the Going Yard academy from Andrew Albers, the North Battleford pitcher who had major league stints with Minnesota, Toronto and Seattle. That’s one of the reasons he’s keen to meet Blake Snell.

“These guys have been where I want to go,” said Guenther. “They know what it takes to make it in the big league.”

Guenther is a gifted two-sport athlete. He played goaltender for the Sask Valley Vipers and Warman AA Wildcats, and was drafted by the Saskatoon Blades in 2018. Despite knowing Guenther was likely to focus on baseball, the Blades still drafted him because they recognized his talent.

“Being a goalie helps in some ways, especially playing shortstop,” said Guenther. “There’s a lot of side-to-side movement and quick reactions needed for both positions.” 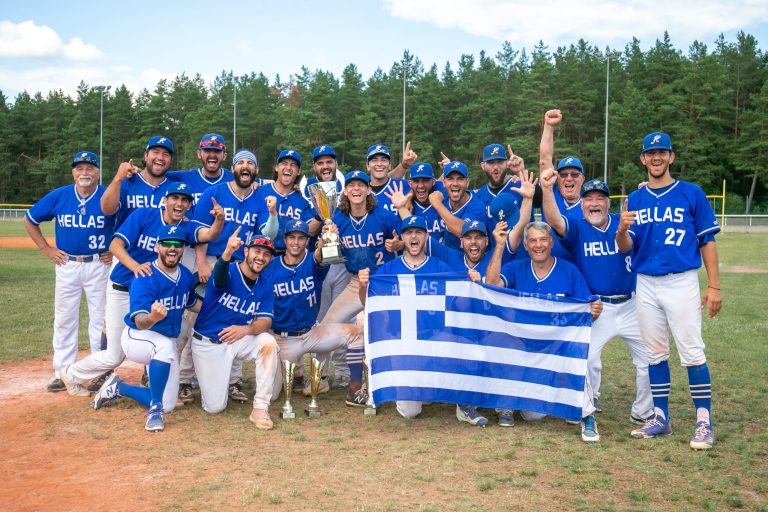 Pame Elladara!!!!! The Greeks did it! Hellas defeated host Lithuania 8-4 in the championship game to win the WBSC Utena Qualifier to punch their ticket back into Europe’s top level of baseball, the European Championship A Pool. Russia, Ukraine and Slovakia also punched their tickets in the other 3 B-Pool qualifiers.

Hellas went 3-1 on the week defeated Poland and Romania by a combined scored of 21-0. Entering Friday’s game vs Lithuania, Hellas and Lithuania had already clinched a spot in Saturday’s championship game, so both teams entered it playing for home field advantage in the title game. Lithuania scored 6 unearned runs off 5 Greek errors to win 9-7 Friday night. Saturday Greece was in control all game eventually holding an 8-0 lead in the 7th inning before securing the win 8-4. Dimitri Kourtis was the winning pitcher with 6 shutout innings along with 8 strikeouts. John Kountis earned the save after pitching the final 3 innings allowing 1 earned run.

Hellas is now preparing for the European Championship in Torino, Italy Sept 12-19 2021. Hellas is in Group A with host Italy, Austria and Belgium (see below). This is the first time Greece has been in A pool since 2016 Honkball Championship in Amsterdam, Netherlands. Since 2016, Hellas has played in four different tournaments (Belgrade, Dublin, Bulgaria, Utena) fighting their way back into Europe’s top level, a tremendous honor. Rye Pothakos earned his first tournament championship as manager. 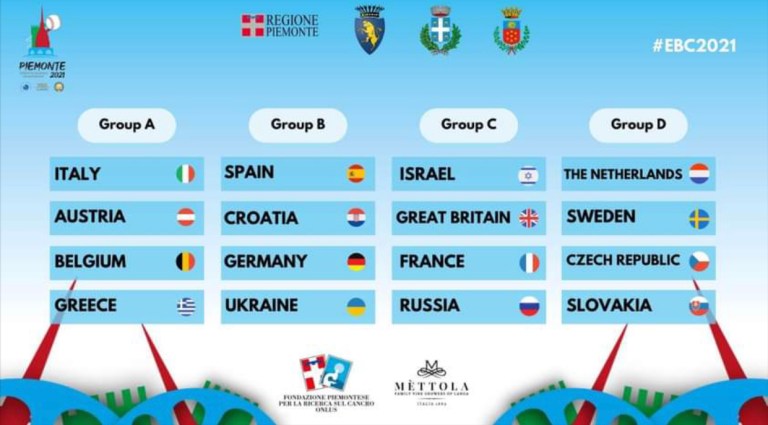