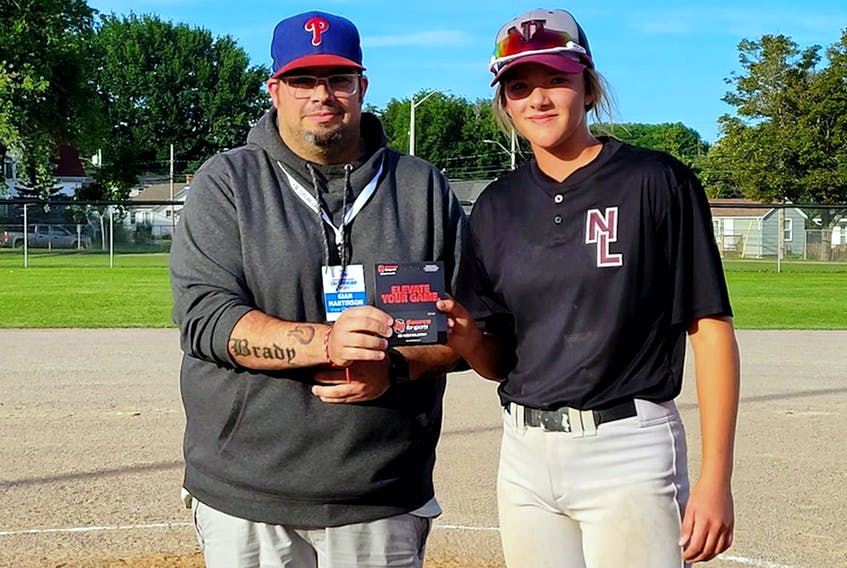 Jaida Lee was both the top batter and top pitcher at the 2021 Atlantic girls' under-16 baseball championship in Summerside, P.E.I., in August. Her Newfoundland and Labrador team won the event. — Twitter/@NLGirlsBaseball

ST. JOHN’S, N.L. — Jaida Lee has made a habit of being part of Baseball Newfoundland and Labrador provincial teams.

The 15-year-old from St. John’s is on the final roster for N.L.’s 2022 Canada Games baseball entry, the only female named to the 20-player team.

Lee, a student at Gonzaga high school, will be familiar with her Canada Games teammates, as like her, they have been members of the most recent provincial under-15 and under-17 (mostly) male lineups. In late August, she earned the decision in N.L.’s only win at the Atlantic U17 championship.

A right-handed pitcher and infielder, the 5-10 Lee also led Newfoundland and Labrador to the title at 2021 Atlantic U16 female championship, earning awards as top batter and top pitcher at the Summerside, P.E.I., event.

The Canada Games nod is the latest indication of Lee’s rising profile.

She’s on Baseball Canada’s U16 ID list of prospects for national-team programs and, along with fellow Newfoundlander Heather Healy of Paradise, was among the 41 players invited to the Women’s National Team (WNT) Showcase event in Trois Rivieres, Que., this summer.

Lee is already being followed by services specializing in recruiting for university baseball programs and the spotlight will undoubtedly become even brighter when she plays for N.L. at the 2022 Canada Summer Games in the Niagara region of Ontario.

The Games were originally to have been held in 2021, but were postponed by the COVID-19 pandemic.

Roster
The final roster for Team NL for the 2022 Canada Games: Jaida Lee, 15, pitched Newfoundland and Labrador to a win as the only female player on her team at a recent tournament in Nova Scotia. (Submitted by Amanda Lee)

FROM CBC NEWS – NEWFOUNDLAND AND LABRADOR

Jaida Lee, 15, can play just about any position on the baseball diamond, but she says there’s nothing like the thrill of staring down batters on the pitcher’s mound.

Lee has been turning heads as the only girl on the Newfoundland and Labrador U-17 boys’ baseball team, recently pitching the team’s only win at a recent Atlantic tournament in Dartmouth, N.S.

But Jaida is modest, despite her success.

“We won the game,” she told CBC Radio’s On The Go.

“It was a great show. She did very well out there pitching,” her mother, Amanda, chimed in.

“She had a great team to back her up as well. The most impressive thing to me was that it was her first time pitching of the season, she’s just back from an injury.”

Jaida said she has been pitching since she was about six years old and has learned to thrive under the pressure of pitching on both boys’ and girls’ teams in tournaments. Lee also serves double duty as a hitter in the boys’ lineup. (Submitted by Amanda Lee)

“I like the control of it, how you can set the pace of the game,” she said.

“I find with baseball you don’t get many balls hit to you during the game but as the pitcher you always have the ball in your hand. You’re always in control of the game.”

She said the confidence has come from a desire to get better every day, along with a great support system from coaches and her parents.

“I’m always a bag of nerves for the first inning when she’s pitching,” Amanda said.

Jaida said playing with the boys’ team is nothing new, since she’s played with her brothers locally for years.

While Amanda said she still gets the occasional double-take from some coaches being the only girl playing in a boys’ tournament, she said the game puts everyone on an equal playing field.

Jaida said she has aspirations to play college baseball in the future, with the ultimate goal of representing Team Canada. But for now, it’s all about continuing to get better every day.

“I always try to be better,” she said. “I’m never OK with my current skill. So I’m always pitching to be better.” 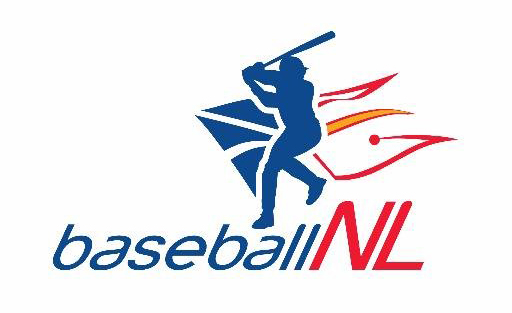 Baseball NL is hiring a Grassroots Programming Coordinator. Applications will be accepted at baseballnl@sportnl.ca until June 25th.

Baseball Newfoundland and Labrador’s Grassroots Programming Coordinator (GPC) will be responsible for aspects of programming and administration that are primarily focused on the Rally Cap Program. The GPC will be responsible for conducting clinics within the province for
all associations and in new areas. The successful candidate will report directly to the Baseball NL Executive Director and/or the Baseball NL Minor Committee via the Minor Committee Chairperson.

The successful candidate will be expected to demonstrate a strong work ethic, integrity and honesty and must be attentive to detail and accurate in record keeping and possess an ability to work with a diverse constituency including players, parents, coaches, officials and volunteers.

The GPC may be given other duties by the Executive Director such as NCCP, Provincial Championship responsibilities, and other required data entry or warehouse responsibilities.

Desired Skills and Experiences:
• Demonstrate knowledge of baseball and a passion for the game.
• Must have a desire to be in a grassroots environment.
• Must have an excellent attitude and work well in a team setting.
• Strong oral and written communications skills and demonstrated organizational skills.
• Working knowledge of baseball programs, NCCP and LTAD principles.
• Must demonstrate the ability to work well with children.
• Must have their own vehicle and valid driver’s license, and a smartphone.
• Must be willing and able to work flexible hours (evenings and weekends).
• Must be willing and able to travel within the province.
• Must have a current and clear Criminal Record and Vulnerable Sector Check.

Job Duration:
The Grassroots Programming Coordinator will be hired for eight (8) weeks with a start date of Monday, July 12th, 2021 and an end date of Sunday, September 6th, 2021.

Applicant Eligibility
Eligible applicants must meet the above criteria and also be between 15 – 30 years of age. Baseball Newfoundland and Labrador is an equal opportunity employer and will fairly consider any and all eligible candidates based on the qualifications above regardless of race, gender,
ethnicity, sexual orientation or religious beliefs.

DEADLINE:
Applications will be accepted at baseballnl@sportnl.ca until June 25th.