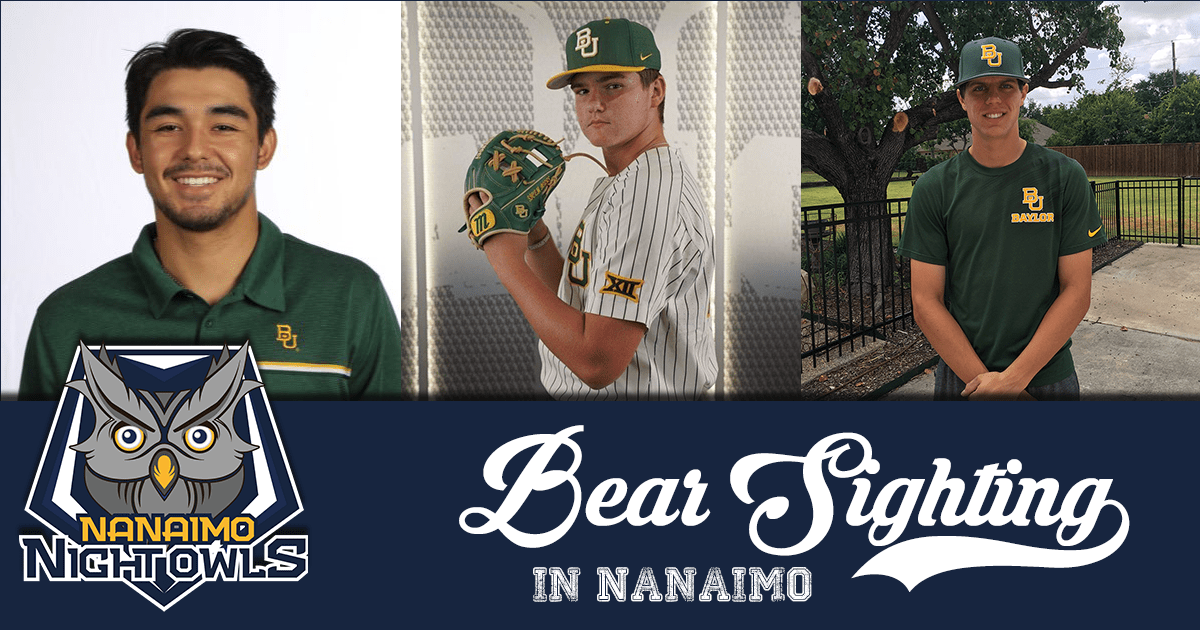 The Baylor Bears have been one of the topped ranked NCAA Division 1 baseball programs for a number of years now and suffice it to say that head coach Steve Rodriguez knows how to recruit new talent year after year.

The Nanaimo NightOwls and head coach Greg Frady will be the beneficiaries of some of that talent in their inaugural 2021 season, as Frady announced today that three freshmen Bears will be part of the team, including infielder Alex Gonzales, outfielder Ryan Patterson and right-handed pitcher Drew Leach.