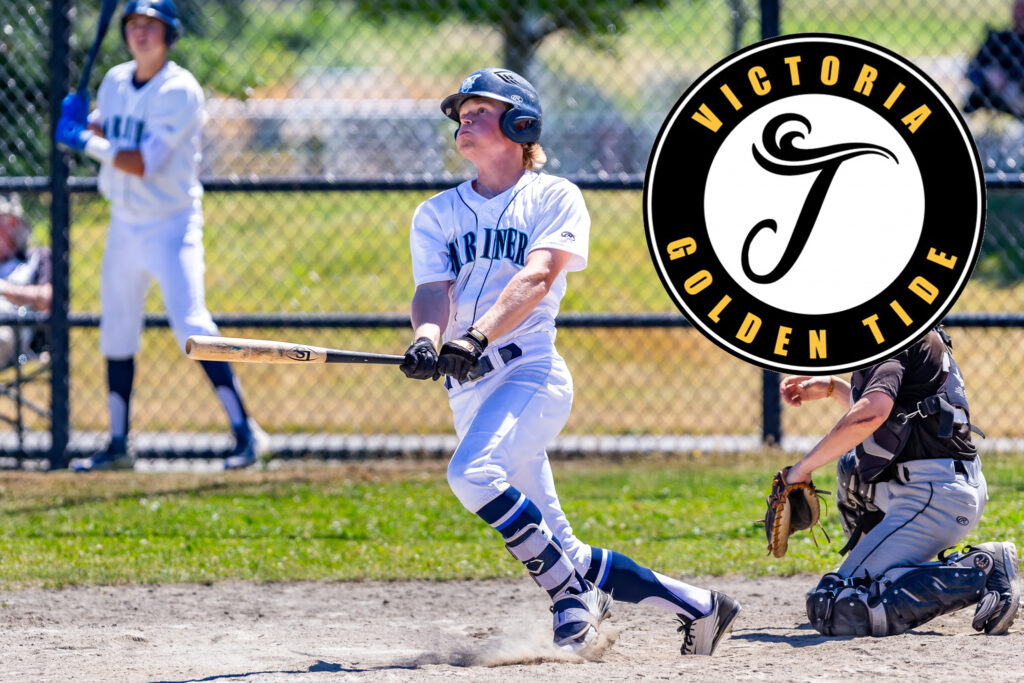 Victoria, BC – The Victoria Golden Tide, the most recent entry in the Canadian Collegiate Baseball Conference (CCBC), is preparing for their debut in the 2021-2022 CCBC season and today , Head Coach Curtis Pelletier has announced five more players for their 2021-2022 roster:

Nate Major – A right-handed pitcher from Victoria and playing for the Victoria Mariners, beginning his Freshman college season. A big body who attacks the zone and will throw a lot of strikes.

Haldon Craig – Another right-handed pitcher from Victoria who earned a spot via a walk-on tryout where he impressed coaches with an 88 mile per hour fastball. He has been working hard at the Edwards Family Training Centre to improve his velocity and secondary pitches.

Austin and Myles Wall– Haling from Ottawa, these twin brothers and middle-infielders trained at the Watson Elite Baseball Academy and were recommended to the Tide program by Junior National Team Director Greg Hamilton. Two very competitive guys who will come in and take charge of the infield right away.

Daniel Sawchyn – A speedy outfielder from Victoria that is currently playing for the Premier Mariners. He brings speed, and leadership to the fall roster. A player that works hard every day to improve and who will easily improve on his already elite game.

The Golden Tide is scheduled to begin their fall exhibition season on September 11, with 11 home games, plus inter-squad games at Wilson’s Group Stadium at Royal Athletic Park in Victoria. The CCBC regular season will begin in April of 2022, with approximately 18 home games to be scheduled.