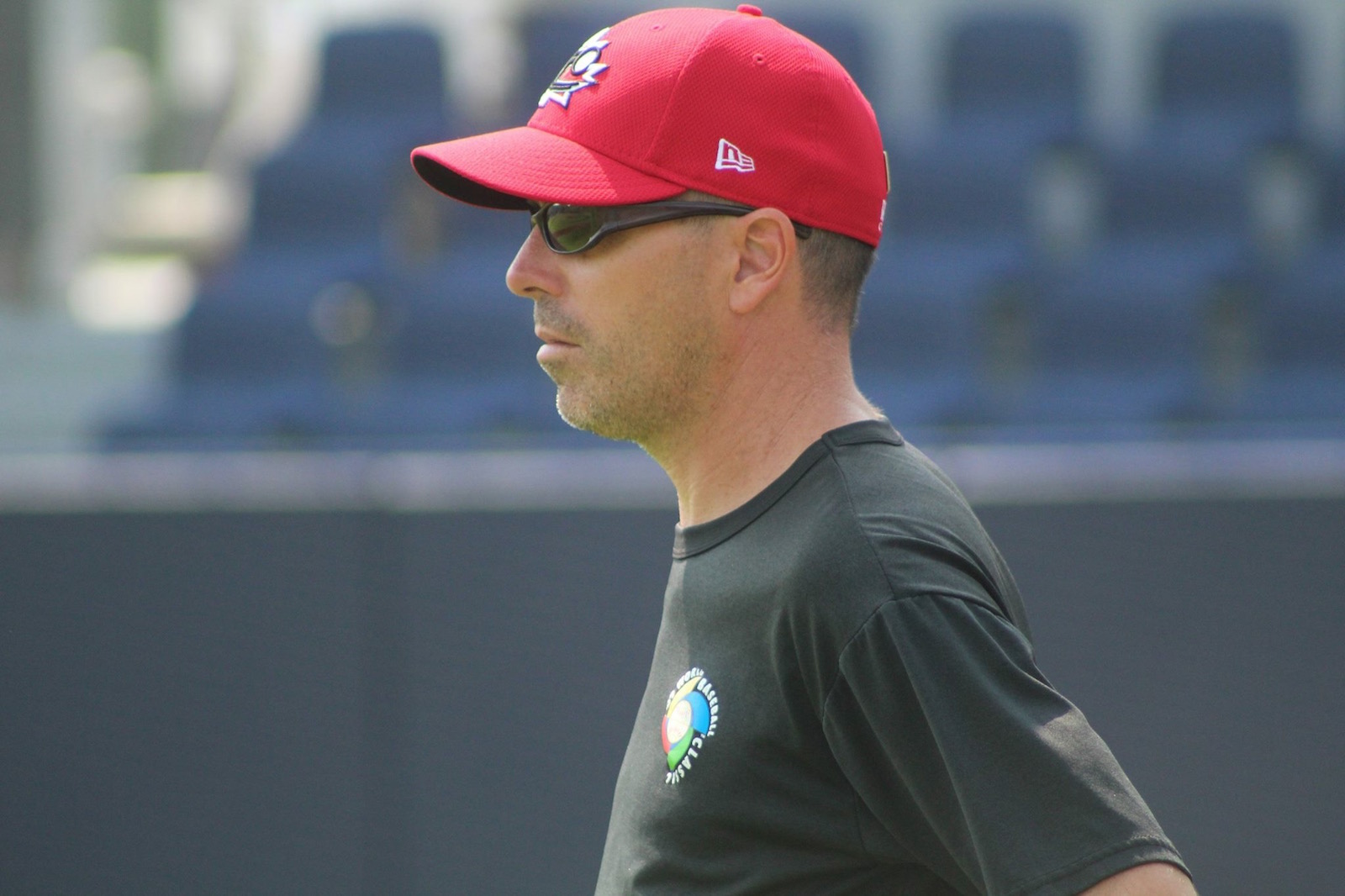 OTTAWA – Baseball Canada’s Business and Sport Development Director André Lachance is bidding farewell to his duties in the federation’s national office later this month as he accepted a role with Cirque du Soleil as their Director, Human Performance Services.

Lachance is also well known in Canadian baseball circles for his work with the Women’s National Team program as Manager from 2004-2018 and off the field as General Manager since 2019, a role which he will also be departing.

Lachance has spent the last 21 years with Baseball Canada.

“I’m certainly experiencing many emotions making this decision and coming to terms with the fact that I’ll be leaving an organization that I care deeply for,” said Lachance. “Looking back, you’re certainly proud of the work that you’ve accomplished but it’s the people that you meet throughout your career and the relationships made that I will cherish the most from my time with Baseball Canada.”

Lachance joined the organization early in 2001 as Manager, Baseball Operations and quickly made an impact with Baseball Canada’s National Championship events and National Coaching (NCCP) programs.

“Looking how far we’ve come with our coaching programs has really been amazing to see in not only how we’re able to deliver coach education opportunities but how many coaches across the country we’ve been able to impact,” said Lachance. “The efforts made by our provincial members and a dedicated group of learning facilitators has been tremendous.”

“When Jim asked me to coach, I did not want to do it,” explained Lachance. “I was reluctant to take the job as coaching female athletes was foreign to me at the time.

“I can’t say enough how that decision to coach these talented athletes was one of the best decisions of my life both professionally and personally.”

He also assembled and managed the squad that won silver at the 2015 Pan Am Games in Toronto where women’s baseball was part of a major, multi-sport games for the first time.

“The growth of women’s baseball has been amazing to witness since 2004 not only in Canada but throughout the world,” said Lachance. “I’m thankful to Jim (Baba) for his belief in me to run the program and am forever grateful to all of the athletes and coaches that given their all for the program over the years.

“The Women’s National Team program is in a terrific place and I’m going to be their number one fan for the rest of my life.”

Not to be forgotten, Lachance was at the forefront of Baseball Canada’s Rally Cap initiation program that began in 2006 and is now enjoyed by thousands of young athletes each and every year.

He has left his fingerprints on many areas of baseball across the country and will still stay close to the international game in roles of Chair, Development Commission with COPABE and as a member of the WBSC Women’s Baseball Commission.

“André has had an immeasurable impact on Baseball Canada at many levels from grassroots programming and coaching and of course the Women’s National Team where his efforts will leave a lasting legacy on the program,” said Baseball Canada CEO Jason Dickson. “André has certainly left Baseball Canada in a better place and has much to be proud of in what he’s accomplished over two decades. We wish him well in his new opportunity and know that he will impact his new workplace in a positive manner.” 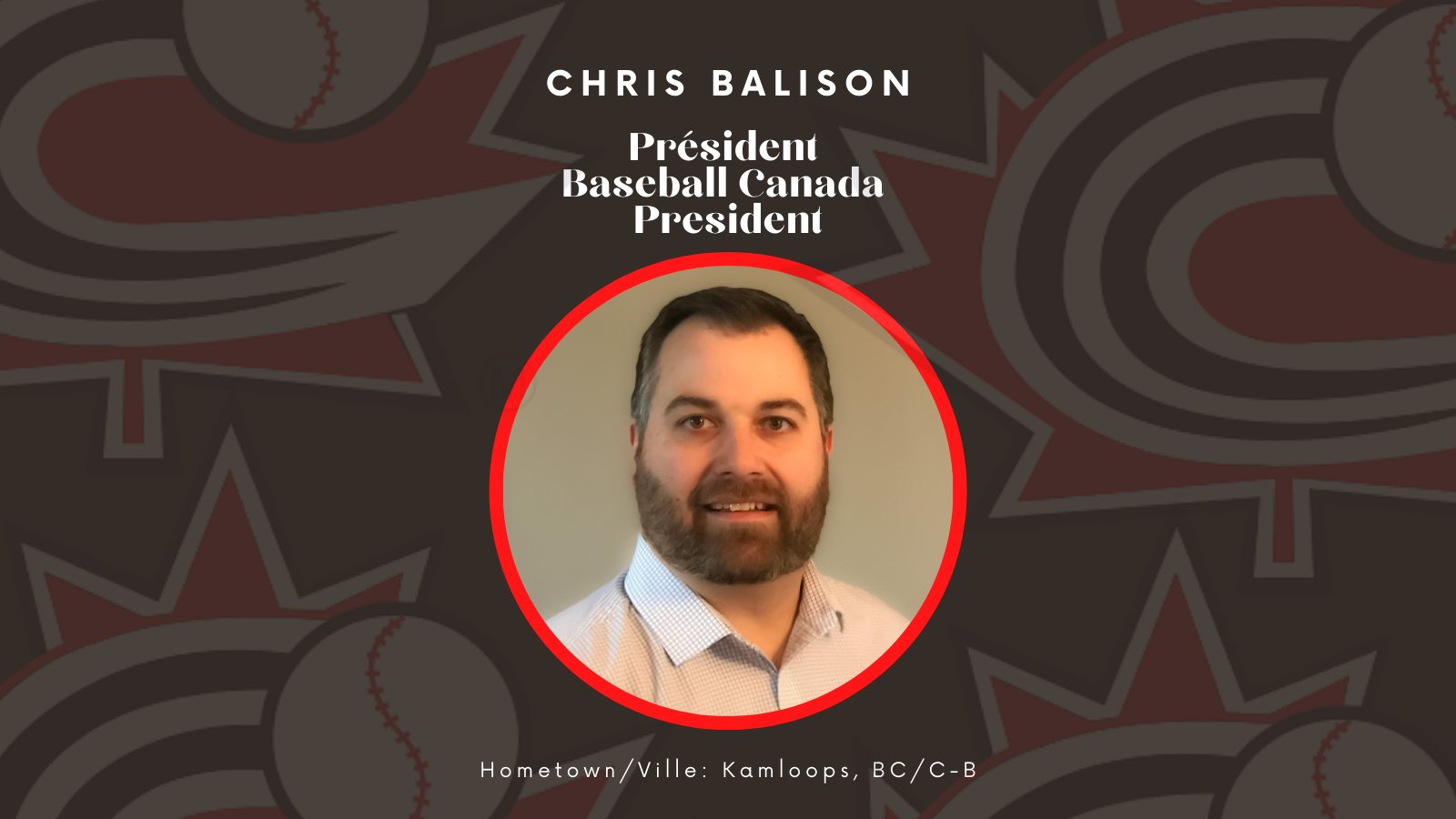 “I’d like to congratulate Chris on the honour of becoming Baseball Canada President,” said Dickson. “I’ve had the chance to work with Chris in recent years and look forward to continuing that working relationship with the shared vision of the growth and development on baseball in Canada.”

Amateur baseball has been a big part of Balison’s life who spends his working days as a Crown Prosecutor. He became president of Kamloops Minor Baseball in 2014 helping nearly double the association’s registration numbers, while also ensuring the game is inclusive and accessible by establishing local Challenger Baseball and female baseball programs.

“I thank Jason for his contributions as President and look forward to working with him in his new role as CEO,” said Balison. “He’s left big shoes to fill, but I am excited to lead Baseball Canada in our continued pursuit of excellence and innovation.” 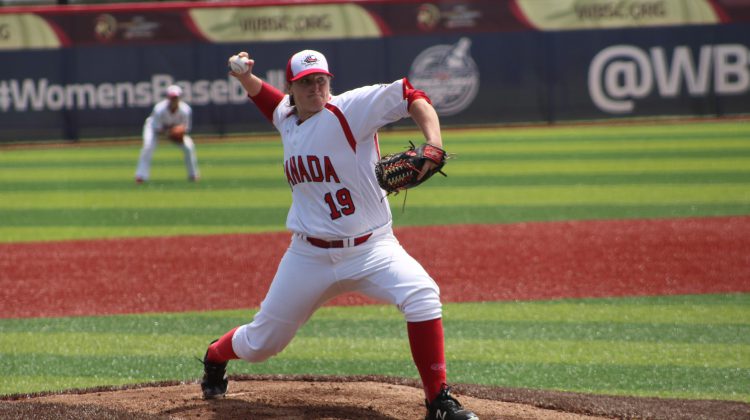 By Brendan Pawliw, MY PG NOW

One of the best athletes to ever come out of Prince George has left us far too soon.

Tributes continue to come in for Amanda Asay who passed away during a tragic skiing accident in Nelson on Friday at the age of 33.

She was the longest-serving member of Baseball Canada’s Women’s National Team program, (16 years) most notably as a dominant pitcher and first baseman.

Jim Swanson was the Sports Editor at the Prince George Citizen from 1997-2014 who says Asay’s success on the baseball diamond was something to behold – even at a young age.

“She was a trailblazer way back then when I became aware of her, especially a girl making an all-star baseball team. Obviously, that was an interesting story back then because it didn’t happen very often if at all, and it still doesn’t happen that much even to this day.”

In addition, she was part of national teams that captured five WBSC Women’s Baseball World Cup medals and also played a key role in Canada’s silver medal performance at the 2015 Pan Am Games in Toronto.

Swanson, a former organizer of the World Baseball Challenge in Prince George, believes Asay was a one-of-a-kind athlete.

“For a lack of a better comparison, maybe the Wayne Gretzky of women’s baseball in Canada. She was consistent, she was hard-working, she was a leader, she was looked up to and was outstanding in terms of her play.”

“When you think of it, there are not many athletes that have come out of a great sports town like Prince George that have made the impact on their sport the way Amanda Asay has. Honestly, she may be the greatest athlete to come out of her specific sport in the city of Prince George.”

Andre Lachance coached Asay at the national level as well as internationally since 2005 and stated one performance still stands out to this day.

“The World Cup in 2016, the semi-finals where we played against Taiwan and she pitched a masterful game to allow us to play for the gold medal against Japan right after, is one of the best performances I saw of Amanda.”

“I like to say she was really curious and when you have curiosity you really want to know more about your opponent, always trying to find an edge or a different way to win.”

Asay joined Team Canada as a wide-eyed 17-year-old in 2005 and Lachance recounted her first trip with the team.

“We went to Cuba for the first time and we were stuck in a hurricane. I would imagine that would have been viewed as a rough start when you start your athletic career with the national team.”

Asay also played hockey and softball for Brown University in Providence, Rhode Island for three seasons (2006-2009) while earning a Bachelor’s in Science.

She continued her studies at UBC where she attained a master’s in science and Ph.D. in forestry while playing two seasons for the Thunderbirds hockey team.

Young told MyPGNow.com while her on-field resume is second-to-none, it was her willingness to develop the next generation of baseball players that should be remembered most.

“She was always doing it out of the goodness of her heart. I probably worked four or five camps with her and she was there before me and she was thereafter me. It kind of speaks to the way she goes about things and it was really cool to see.”

“That’s what makes this so tough. She did so much to help younger kids and to help everybody. I can’t remember Asay ever saying no to any camp or anything like that.”

“That is what is so truly awful about this.”

In 2019, Asay pitched a complete game for Canada during a women’s World Cup qualifying tournament in Mexico.

The revered multi-sport athlete also suited up for the Northern Penguins of the South Coast Women’s Hockey League that same year – lighting the lamp three times in a two-game series against the Ridge Meadow Moose.

“Amanda was a one-of-a-kind teammate, the type of player and person who you loved to compete with every game,” said Ashley Stephenson who played 14 seasons with Asay on the national team and coached her for two. “Under the circumstances, I cannot put into words how tragic this loss is for everyone who knew Amanda. My thoughts at this time and my heart go out to her family.”