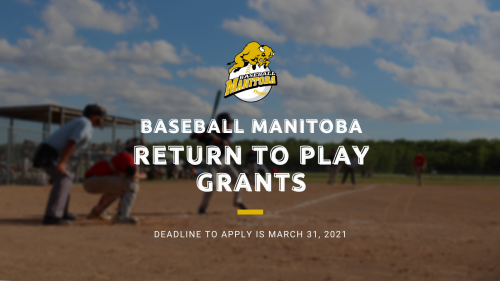 The Government of Canada, as a part of Canada’s COVID-19 Economic Response Plan, has created the Federal Emergency Fund which has allocated funds to Provincial Sport Organizations. Baseball Manitoba, in support of it’s member associations, has developed grant opportunities with this funding for associations whom have been and will continue to be negatively impacted by the COVID-19 Pandemic. 2021 promises to be a year filled with uncertainties and we want associations to thrive and players to play!. Grants of $500-$1500 will be available to associations and leagues who offer and execute baseball programming in 2021. Eligible associations must have been active members of Baseball Manitoba within the past 3 years. New associations may be considered, if appropriate. Eligible expenses include:

Member associations must complete the application form, by March 31, to be considered eligible.

If you have any questions related to the grant or about the application form, please email baseball.jason@sportmanitoba.ca 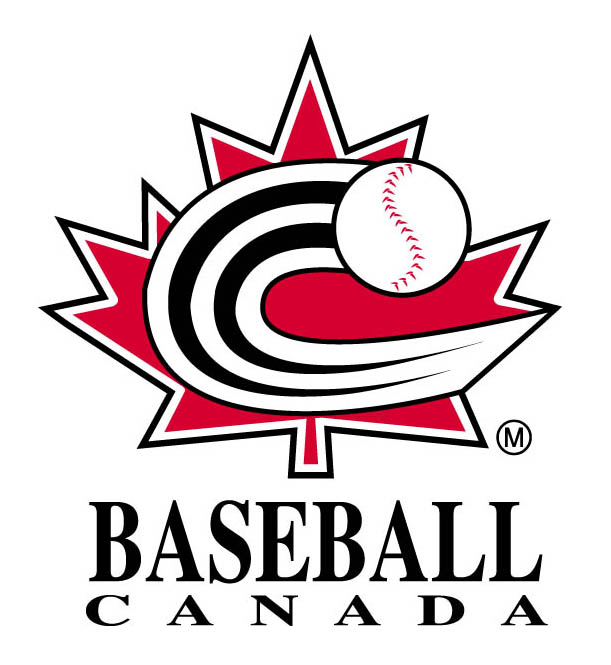 AJAX, ON – Baseball Canada is pleased to announce the names of 30 athletes selected to represent Canada in a seven-game Friendship Series against the United States’ 18U National Team in Sarasota, St. Petersburg and Bradenton, Florida from September 3-9.

The roster was selected following Junior National Team Training Camp held at the Ajax Sportsplex in Ajax, Ontario from August 18 – September 2 where 38 athletes participated in daily practices and intrasquad games.

With the postponement of 2021 WBSC U-18 Baseball World Cup in Sarasota/Bradenton, Florida to 2022, the Friendship Series will be used as a final event for the 2003 age group with the start of the next Junior National Team program cycle (2021/2022) beginning with the Fall Instructional League Camp in Florida this October.

“We’re extremely fortunate to be able to provide our players with an international baseball experience given the difficulties of running our program over the last 18 months,” said Junior National Team Head Coach and Director of Men’s National Teams Greg Hamilton. “Our players will be challenged against a formidable opponent in the United States, and we look forward to the opportunity of competing and representing Canada down in Florida.”

All games of the Friendship Series will be streamed on USA Baseball’s Facebook Page.

Stay up to date on the Friendship Series by following @BaseballCANJNT on Twitter.

Cameron Chee-Aloy; Toronto, ON; OF 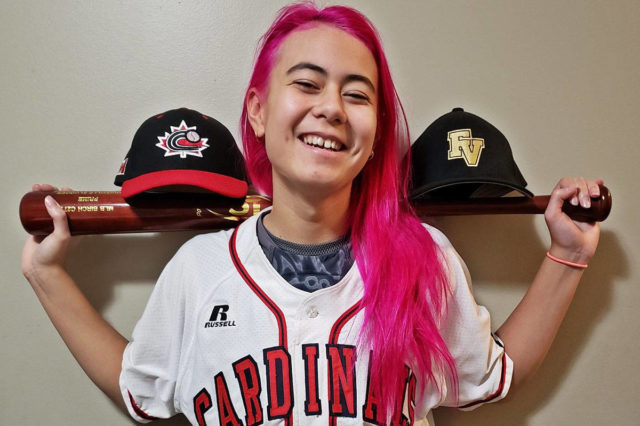 By Ben Lypka – The Abbotsford News

The event is set for Aug. 8 to 13 in Trois Rivieres, Que., and is the first in-person event for the team in two years.

Padgham is one of 41 athletes invited to the six-day camp that will see participants partake in physical testing, baseball-specific testing using the latest in technology, daily practices and inter-squad games at Stade Quillorama, the home of the Frontier League’s Trois-Rivières Aigles.

She is one of nine 16-year-olds and two 15-year-olds attending the showcase. She is listed as a pitcher/infielder on the player invite list.

The News first reported on the Abbotsford Senior Secondary student back in 2017, when she made headlines by becoming the first-ever player to suit up for both a boys’ and girls’ team at the Western Canadian Baseball Championships.

In the years following, she attended the Trailblazer Series in California presented by Major League Baseball and USA Baseball. She also participated at the 10th annual Girls Baseball Development Camp put on by the Team Canada women’s national team in February.

After that camp, Padgham earned a spot on the Team Canada prospect team at the Senior Women’s Invitational Championships hosted by Baseball Canada. She also received an invite to the 2019 Girls Baseball Breakthrough Series in Florida. That camp was for girls aged 14 to 18, and was hosted by MLB and USA Baseball.

Padgham then went on to be the first-ever girl to play on the Abbotsford Cardinals of the British Columbia Premier Baseball League. She continues to be involved with the Cardinals today.

In 2020, she turned heads at the Baseball B.C. High Performance Camp by tossing a fastball at an impressive 83 miles per hour. That pitch was likely the fastest ever baseball throw by a female and by a girl at the age of 15.

Her efforts in 2020 saw her named to the Canadian Baseball Network’s Most Influential Canadians in Baseball list.

Padgham also plans to play women’s rugby, women’s volleyball and senior football with the Abbotsford Panthers during the school year. 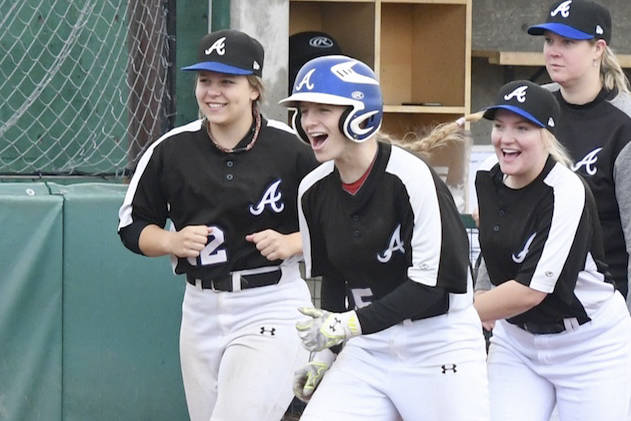