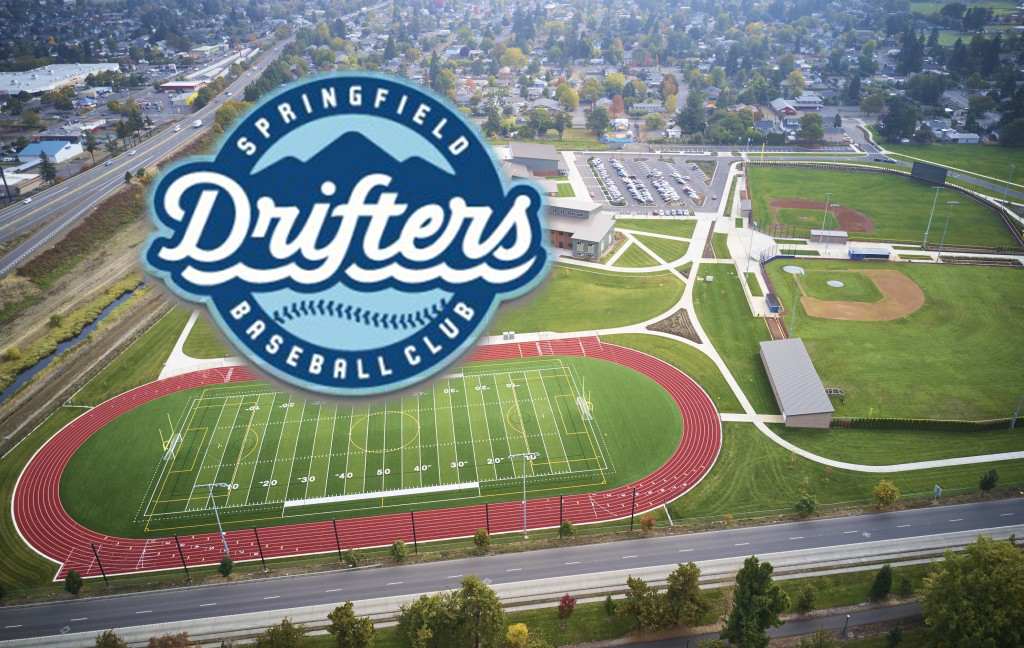 Springfield, OR –  The Victoria HarbourCats will, depending on scheduling, be welcoming some Drifters to town in 2022.

NO, not those kind of drifters, but instead, the baseball kind, as on Wednesday, the West Coast League announced the addition of the expansion Springfield Drifters as the league’s 16th member team. The Drifters will join the Bend Elks, Corvallis Knights, and Portland Pickles as the league’s fourth Oregon-based team.

“When you look at a map,” said WCL Commissioner Rob Neyer, “adding another team in the Willamette Valley is an easy call for us. We were simply waiting for the perfect situation, and with the Springfield Baseball Project, that’s now exactly what we’ve got.”

The Drifters, Bushnell University, and Huddle Up Foundation comprise the Springfield Baseball Project, which is partnering with Springfield Public Schools to renovate the Hamlin Sports Complex baseball field, located at Hamlin Middle School. Beginning in 2022, both the Drifters and the Bushnell Beacons will call the Hamlin Sports Complex home in their inaugural seasons.

“Bringing the high-level play of the West Coast League to Springfield is a baseball dream come true,” said Drifters General Manager Jamie Christopher. “Through the Springfield Baseball Project and Springfield Public Schools’ partnership, we are not only building a first-class baseball facility; we’re also bringing a community facility to an under-served youth population.”

The Drifters join the Edmonton Riverhawks, Kamloops NorthPaws and Nanaimo NightOwls as the four expansion teams set to begin play in 2022. Edmonton, Kamloops and Nanaimo, along with the Victoria HarbourCats and Kelowna Falcons, are gearing up for the 2022 campaign after withdrawing from the 2021 season due to continuing pandemic-related border and gathering limitations.

Springfield’s ownership team of Ike Olsson, from Olsson Industrial Electric; and Kelly Richardson of Richardson Sports, have been planning this venture for a year. “In partnership with the school district,” said Olsson, “we are honored to present our community with another phenomenal baseball complex that builds upon Huddle Up Foundation’s success with Rich Schwab Field at Maple Elementary School. This new project will continue Huddle Up’s mission of providing mentorship and after-school programs to underserved local youth.”

“The Springfield School District has been an ideal partner. Without their cooperation and shared vision, the Drifters Baseball Club and this new facility would not be possible,” said Richardson. “We are excited to bring collegiate baseball to the Springfield community and provide a first-class facility for local kids to use and be proud of.”

About the West Coast League: The West Coast League is the West’s premier summer collegiate baseball league. Encompassing Oregon, Washington, British Columbia, and now Alberta, the WCL showcases pro prospects from major collegiate conferences around the nation. Every summer, the league features unparalleled fan and player experiences, with North America’s best baseball weather. The 2019 MLB amateur draft began with former Corvallis Knight Adley Rutschman selected with the overall No. 1 pick by the Baltimore Orioles. Also in 2019, 317 WCL alums were active in affiliated professional baseball, including 45 in the major leagues, while overall attendance in the West Coast League increased to nearly half a million fans.