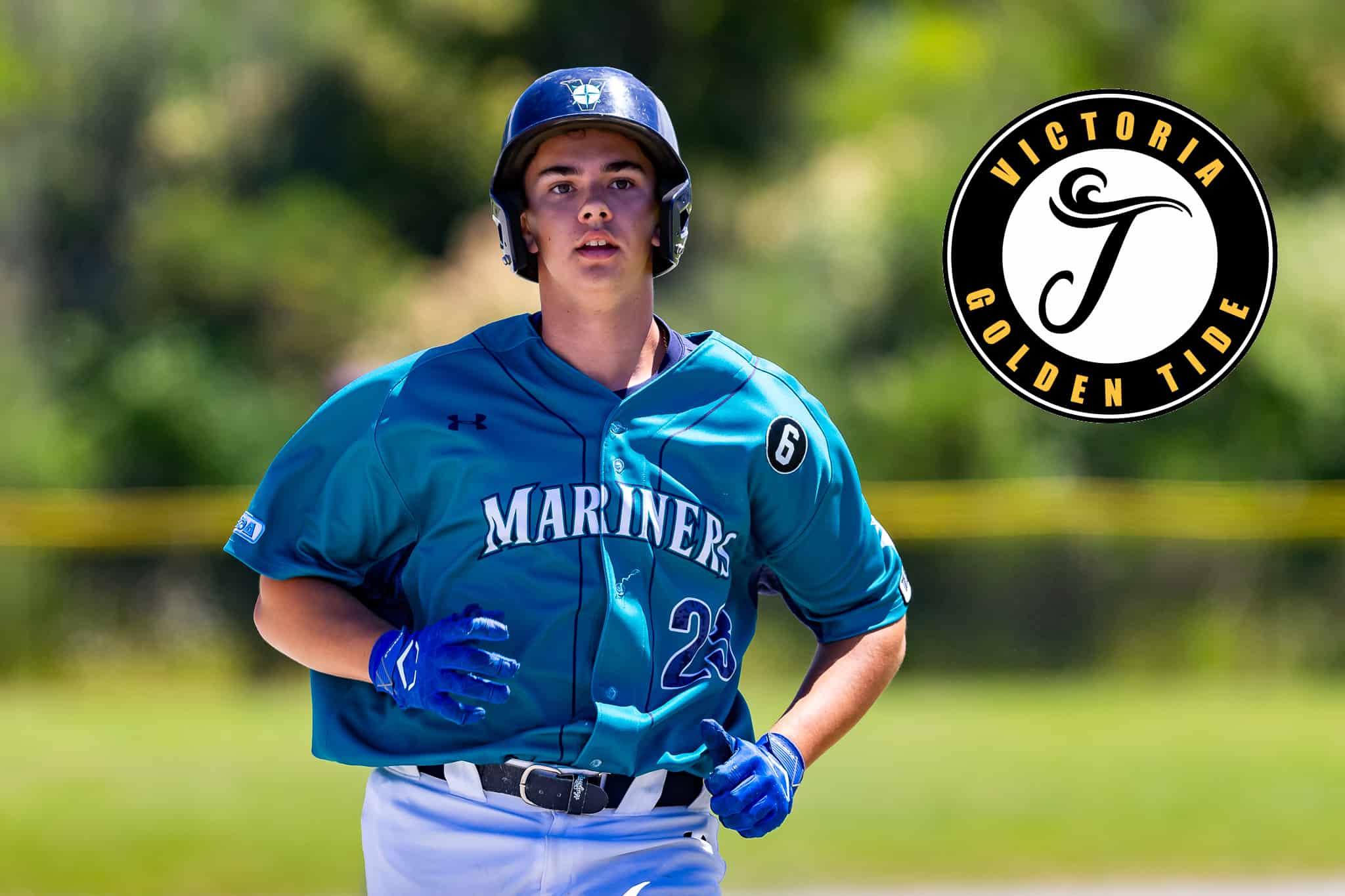 Victoria, BC – The Victoria Golden Tide, the most recent entry in the Canadian Collegiate Baseball Conference (CCBC), is preparing for their debut in the 2021-2022 CCBC season and today has announced a preliminary schedule of games, with many home games to be played at Wilson’s Group Stadium at Royal Athletic Park in Victoria.

While there are a few more games to be scheduled and start times to be finalized, the preliminary schedule is as follows:

Ethan Dean – A 6’ 1” 165lb. left-handed pitcher, currently playing for the Parksville Royals of the BC Premier Baseball League.

Dylan Graw – A 6’0″ 180lb. infielder from Victoria, British Columbia, currently playing for the Victoria Mariners of the BC Premier Baseball League.

The league has suspended play for the 2020-2021 campaign due to the ongoing COVID-19 pandemic, but is anticipated to be back to a full season of play for 2021-2022 and the Golden Tide will be ready to compete for the CCBC title.

Victoria HarbourCats | Easing of outdoor crowd restrictions too little, too late for HarbourCats and NightOwls