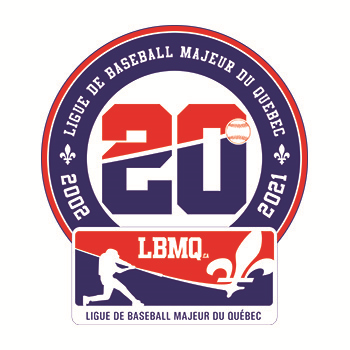 St-Hyacinthe, PQ – Following the recent announcements made iby the government and public health, the Quebec Major Baseball League has decided to postpone the start of their 2021 season and to shorten the number of games that will be played.

The Province and Coalition Avenir Québec MNA Isabelle Charest announced spectators will not be able to attend outdoor, competitive sports events until June 25. Thus, the LBMQ announced that it is on this date that the launch of the 20th season will take place.

The planned schedule of 28 games starting at the beginning of June will therefore be revised to have 22 games per team. As planned, the official opening game will be played on the grounds of last season’s champions, the Cactus de Victoriaville, which will host the finalists, the Cascades de Shawinigan.

The decision on fan attendance is perplexing to many team owners, including to François Lécuyer, the owner and president of the Sherbrooke Expos and Thetford Blue Sox. In a recent statement in the Sherbroke Record he said, “it makes no sense whatsoever,” considering people can go to movie theatres, concert halls, and the Bell Centre. There are stadiums in the LBMQ that can hold between 1,000 to 7,000 spectators. The league needs people to attend games, even if it is at a limited capacity, if it plans to survive another season filled with COVID-19 restrictions and safety regulations.”

The league also announced that their playoff format will remain the same, but that all 10 teams must reorganize their schedules accordingly to meet the new compressed time frame of the regular season.   “It is certain that we did not wish to have an even more reduced schedule, but unfortunately, we have to deal with the reality of the moment,” commented Commissioner Daniel Bélisle. “The all-star party scheduled for 1 st July will also be removed from the activities of the 20th ,” he concludes.

Province’s Roadmap to Reopening Good News for the IBL 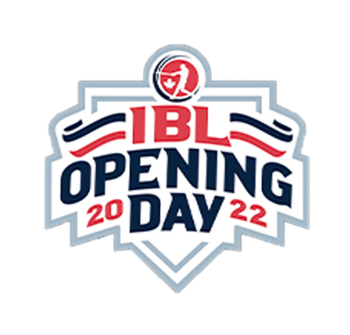 MISSISSAUGA – Ontario’s Intercounty Baseball League (IBL) recently released its 2022 schedule which begins on Sunday, May 15 as the London Majors travel to Toronto for a showdown at Christie Pits. The 2022 season will mark the IBL’s 103rd season.

Each team will again play a 42-game schedule. Weekends comprise a large majority of the schedule as 71% of the games will be played on Fridays, Saturdays, and Sundays (120 of the 168 games).

Sunday, May 15th – London at Toronto
The rematch of the 2021 Dominico Cup Finals as the defending champion Majors travel to the Pits for a 2:00 p.m. matchup with the Toronto Maple Leafs.

Friday, July 1st
Three games highlight Canada Day in the IBL as the Red Sox host the Cardinals, Royals welcome the Panthers, and Majors take on the Baycats.

Sunday, August 21
A full slate of games closes out the 103rd season of the IBL with the Baycats welcoming the Red Sox, Cardinals hosting their QEW rival Jackfish, Panthers take on the Royals, and Leafs close it out with the Majors.

The IBL can be followed on social media platforms (“ibl1919”), including Facebook.com/ibl1919.

About the Intercounty Baseball League (IBL)

The Intercounty Baseball League (IBL) is the top-level baseball league in Canada, boasting ex-major league professional and elite NCAA college baseball players. The 2021 season will mark the IBL’s 102nd in operation. The IBL is one of the longest continuously operated baseball leagues in the world and serves as a valuable training ground for coaches, umpires, and front office staff. More than 40 IBL players have advanced to Major League Baseball or returned to the IBL following their MLB careers. The league is comprised of teams from Barrie, Brantford, Kitchener, London, Toronto, Guelph, Welland, and Hamilton. For more information, visit www.theibl.ca.

Butler Park to get new lights before 2022 season 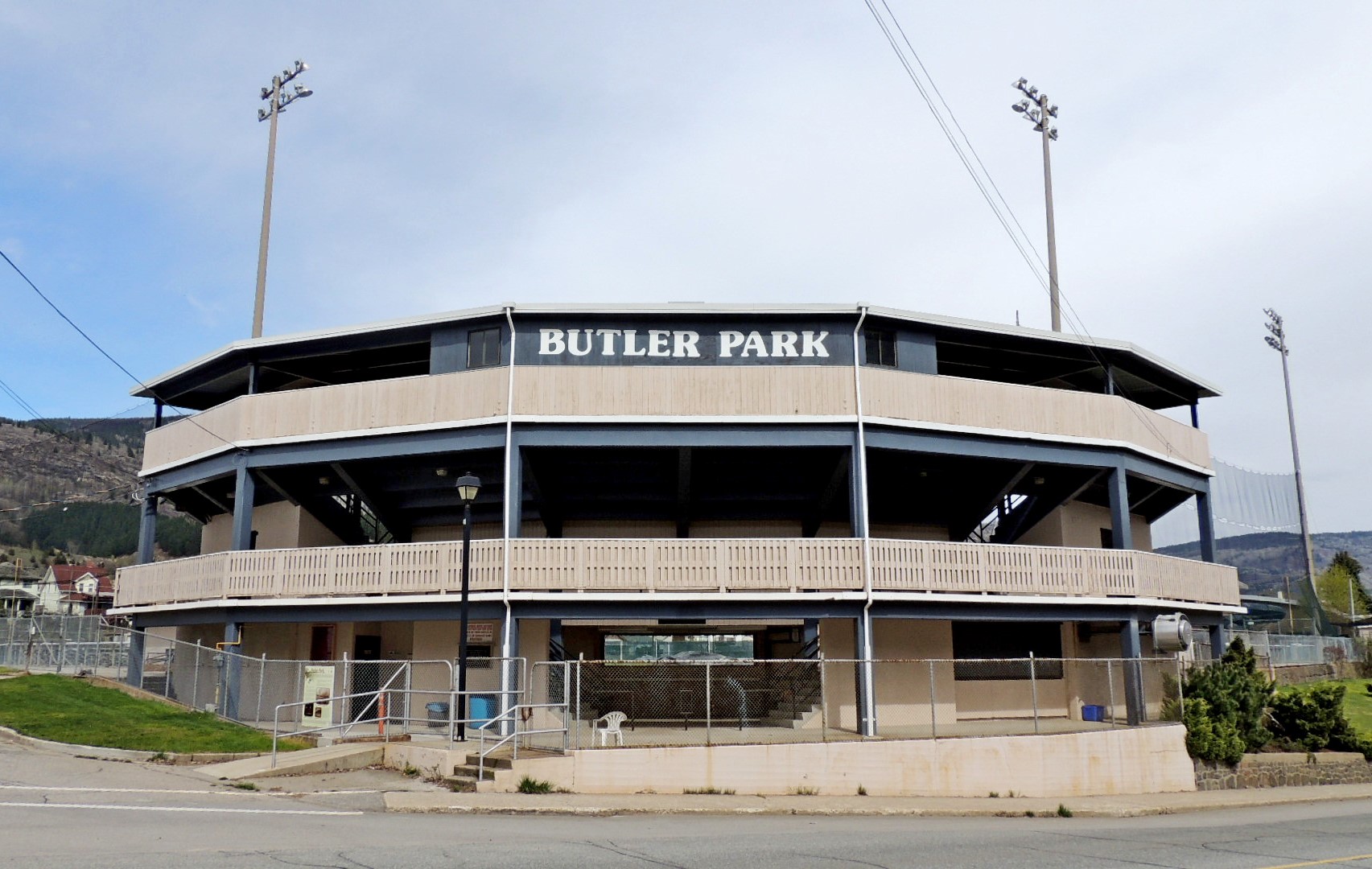 City staff laid the groundwork to complete the lighting and netting additions to Butler Park before the start of the next baseball season.

After stadium light standards were deemed to be unsafe, the city removed the poles and netting this past year, and made way for a new installation.

At an Aug. 16 Governance and Operations Committee meeting, a staff report recommended four options for installing new stadium lighting and netting at the Trail baseball park.

“(Engineering technician) Kyle McCormick has worked diligently with engineers and vendors to come up with what we feel is a practical recommendation moving forward,” said public works director, Chris McIsaac.

Because the soil below Butler has low cohesion, engineers decided on the installation of drilled and cast-in-place concrete piles.

Also, the upgrades to the stadium lighting will reduce the number of standards needed from eight to six along with the number of LED stadium luminaries, and 15-gauge Dyneema netting will be strung along the first and third-base lines.

“However, should council authorize this Report’s recommendations, the city has the funding to proceed in 2021.”

Merlo offered that funding could come from various sources including the city’s deferred amount within the UBCM Community Building Fund of $1.25M, the Capital Works Reserve Fund $236,000 and Surplus about $100,000.

“However, this significant draw down of capital resources reduces the city’s financial flexibility.”

Parks and Rec director Trisha Davison also confirmed that there is grant funding of about $235,000 pending.

The immediate costs were a concern for Mayor Lisa Pasin who said, when considering last year’s total capital budget, a $1.5M expenditure would amount to 55 per cent of the total budget allocated for capital.

To spend 55 per cent of a total budget on one project is significant for the city, she later clarified.

“And this should be evaluated within the context of all priority projects.”

However, in a 5-2 vote, council chose Option 2, which will see pole foundations, underground electrical, and stadium lighting installed in phase 1, and completed with the netting put up in the spring of 2022.

Guelph, Ontario – The Intercounty Baseball League (IBL) along with the Guelph Royals today announced that the Royals will take a leave of absence for the 2021 season. 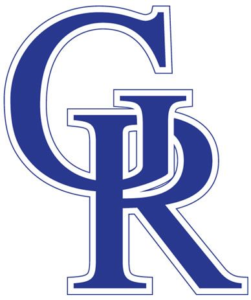 The IBL and its remaining seven clubs are still working towards a July 5th start date and a 30 game schedule.

The Royals are unable to operate citing the uncertainty of COVID-19 heading into a season that is scheduled to start in three weeks’ time. In addition to the issues affecting all of Ontario, there was the spectre of additional issues in Guelph including fan capacity limits and concessions.

The IBL is currently working on a process for the dispersal of Guelph Royals players and will release an updated 2021 schedule, including a new playoff format, in the coming days.

The Intercounty Baseball League (IBL) is the top-level baseball league in Canada, boasting ex-major league professional and elite NCAA college baseball players. The 2021 season will mark the IBL’s 102nd in operation. The IBL is one of the longest continuously operated baseball leagues in the world and serves as a valuable training ground for coaches, umpires, and front office staff. More than 40 IBL players have advanced to Major League Baseball or returned to the IBL following their MLB careers. The league is comprised of teams from Barrie, Brantford, Kitchener, London, Toronto, Guelph, Welland, and Hamilton. For more information, visit www.theibl.ca.